Polish start-up Metal Master has completed ground testing on its Flaris LAR 1 flight-test aircraft, and is readying the five-seat, high-performance personal jet for a maiden sortie in July.

The first 50-100h of flight testing will be conducted at Zielona Góra airport in western Poland – located around 124 miles (200km) from Metal Master's headquarters in Podgórzyn. "The aircraft will be dismantled and then shipped to the site for reassembly," says Metal Master founder Rafal Ładziński.

The flight-test programme will then be transferred 86 miles south to Copernicus airport, Wrocław, where Metal Master is planning to establish a new facility to house its sales and marketing department, along with a LAR 1 pilot training centre, and a dedicated hangar for maintenance and parking. Two aircraft will take part in the flight-test campaign, with the second example set to make its debut sortie in the fourth quarter.

Metal Master is working with the Polish Civil Aviation Authority to obtain S-1 experimental certification after around 150h of flight testing. "We expect to secure this within 12 months, then we can begin delivering the aircraft locally,"says Ładziński. Only 10 aircraft will be delivered under the S-1 standard, which he describes as "a stepping stone" to securing full European Aviation Safety Agency type certification under CS-23 regulations.

"We plan to enter into consultation with EASA after the LAR 1 has flown around 50h," he says. 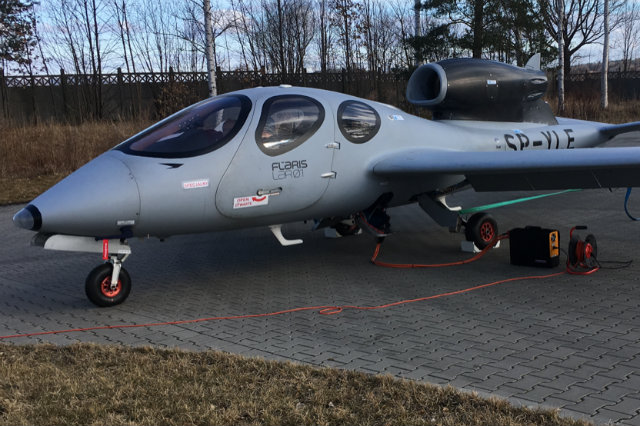 Ideally, Metal Master would like to run the flight-test programmes in parallel, he notes, leading to EASA validation between 18 and 24 months after Polish approval is granted.

Ładziński describes Europe as a "huge" market for the Williams International FJ33-5A-powered LAR 1, with demand for the aircraft expected to come from the region's owner-flyers and air taxi companies.

Metal Master will open the orderbook in 2019, once flight testing is in full swing, says Ładziński. It will also step up its marketing effort for the type next year, with plans to exhibit the LAR 1 at key air shows, including the European Business Aviation Convention and Exhibition, held in May in Geneva and July's AirVenture fly-in in Oshkosh, Wisconsin.