Fly Aeolus, the largest operator of the Cirrus SR22 in Europe, is preparing to expand its fractional ownership programme in the north of the continent. The move aims to exploit the growing demand for the high-performance, piston-single from the region's small- and medium-sized businesses.

The Antwerp-headquartered company launched operations in 2009 but started comprehensive marketing in 2016 serving the Netherlands and Belgium with one privately owned SR22.

Last month, it took delivery of its 13th example and is set to expand its operations to France and Germany in 2019.

"We plan to add another three aircraft to the line-up before the end of next year," says Fly Aeolus co-founder Stefaan Ghijs.

The SR22s are managed by Fly Aeolus, and flown by commercially qualified pilots, which are employed on a freelance basis, says Ghijs. 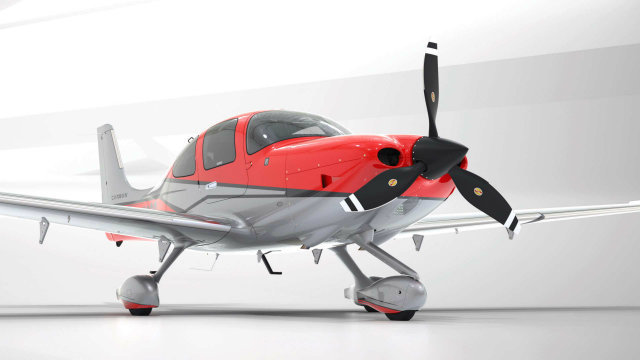 To join the programme, customers must acquire a small share in an aircraft. "This gives them access to the whole fleet," says Ghijs. Flights are offered on an ad hoc basis and Fly Aeolus also has card programme, with prices starting at €10,000 ($11,500) for around 15h of flying time.

The concept has been well received by SR22 owners, as the programme helps to offset the cost of aircraft ownership. "They can typically expect to receive around €400 per flying hour," says Ghijs. "They also get access to the pool of aircraft, which is particularly handy when their aircraft is undergoing maintenance."

For its members, Fly Aeolus is proving a "great introduction" to private aviation. "Many people hadn't considered flying privately before, and this service has really opened their eyes to its benefits."

The service connects up to 1,600 airports and airfields across Europe, with around 5% of flights calling at major hubs, including Amsterdam Schiphol and Frankfurt. "Our goal is to bring Fly Aeolus to Scandinavia and the UK, but we have put the latter on hold while we await the outcome of the Brexit negotiations," says Ghijs.