Gulfstream has made its first direct sale of sustainable alternative jet fuel, with the owner of a G550 becoming the customer.

The unnamed US multinational acquired 9,080kg (20,000lb) of the fuel from the airframer's Long Beach, California maintenance facility. 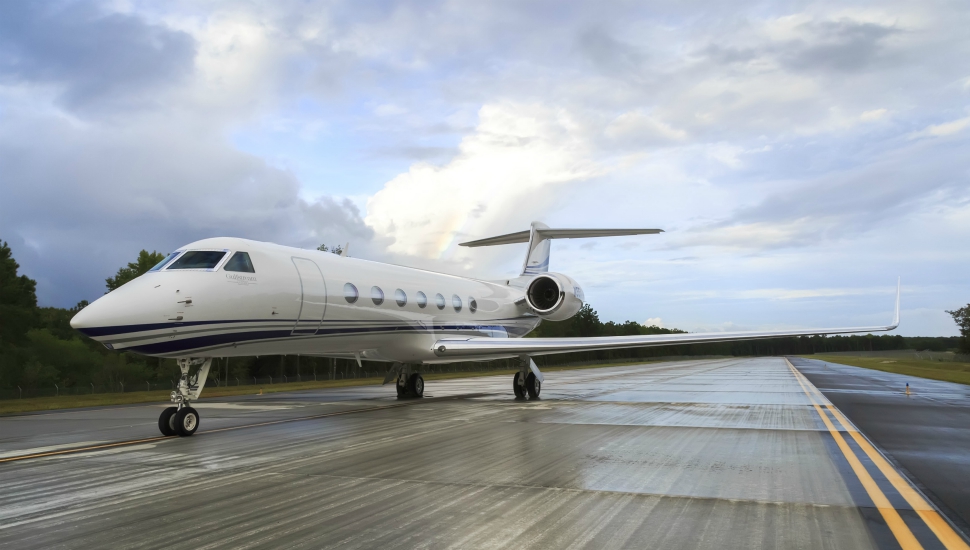 "This sale is a direct result of our efforts to increase the visibility and availability of sustainable alternative jet fuel for our customers," says Gulfstream president Mark Burns.

World Energy, which owns a refinery some 10 miles (16km) from Long Beach, supplies the fuel – which uses a blend of 30% hydroprocessed esters and fatty acids, together with 70% petroleum-based Jet-A.

Gulfstream has used sustainable fuel since 2016 in its corporate, demonstration and flight-test fleets. This amounts to more than 430,000USgal (1.6 million litres) for 700,000nm (1.3 million km) of flying, saving over 750t of carbon dioxide (CO2), says the company.

All large-cabin completion flights from the Long Beach base will soon use the fuel, Burns adds.

Gulfstream says it is “premature to speculate” on customer take-up for this offering which is available for its entire business jet line-up. “We look forward to the day this fuel is commonplace in our industry,” says Burns.

While the sustainable fuel meets the same specifications as conventional Jet-A, and offers equivalent performance, each gallon burned achieves a reduction of more than 50% in greenhouse gas emissions relative to petroleum-based jet fuel, on a life-cycle basis, Gulfstream says.

There has been a concerted effort within the business aviation community to reduce the sector's environmental impact.

Bombardier, Dassault and Embraer are also working to promote sustainable fuel use across their fleets, while industry trade bodies, including the General Aviation Manufacturers Association and International Business Aviation Council have pledged to achieve an absolute reduction of 50% in carbon dioxide emissions by 2050, relative to 2005 levels.