Honda Aircraft has begun deliveries of the HA-420 HondaJet Elite, with an initial example of the upgraded entry-level business jet – carrying the registration N-112HM – handed over on 3 August to an unnamed US customer.

The Elite was unveiled in May as the first major revamp to the HondaJet since the type entered service in late 2015.

The $5.25 million aircraft has a host of new features, including an auxiliary fuel tank that increases range by 214nm (396km) to 1,437nm, and a quieter, revamped interior featuring a small galley and a lavatory with a belted seat. This allows a fifth ­passenger to be accommodated, says the Greensboro, North Carolina-headquartered airframer. The HondaJet’s Garmin G3000 avionics suite is also improved with several new features, including automated stability and angle-of-attack protection. 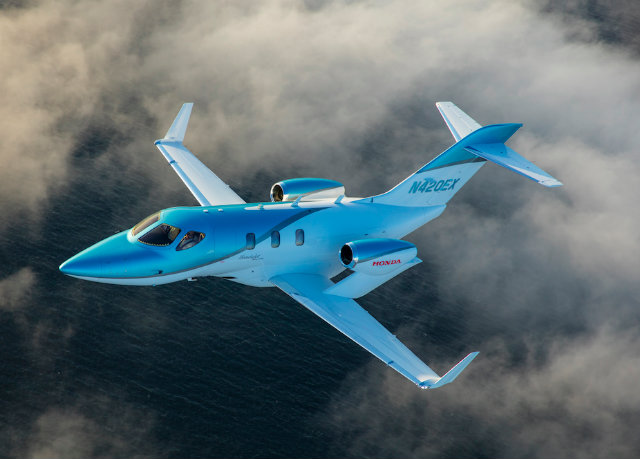 The Elite has secured US and European validation, and Honda Aircraft is hoping to receive Japanese approval for the type early next year, says company chief executive and designer of the HondaJet, Michimasa Fujino. Deliveries to local owners and operators will begin soon after. The company in June appointed Tokyo-based business aviation services provider Marubeni Aerospace to sell and support the type in Japan, home to its parent, Honda Motors.

Ten aircraft have been sold in the region to date, Fujino notes.

Flight Fleets Analyzer records a fleet of 85 HondaJets worldwide, including 17 examples delivered in the first half of 2018.

Story updated on 5 August 2019 to include correct range information.