Honda Aircraft is seeking to raise the profile of business aviation in Japan and boost its fleet of HondaJets in the region by making the light business jet accessible to a broader audience.

Michimasa Fujino, chief executive of the Greensboro, North Carolina-headquartered company, says with a fleet of only 30 business aircraft in the country, Japan has been very slow to adopt business aviation. He attributes this poor take-up to the "long and widely held view" that business aircraft are expensive long-range, large-cabin types manufactured by the likes of Bombardier and Gulfstream. 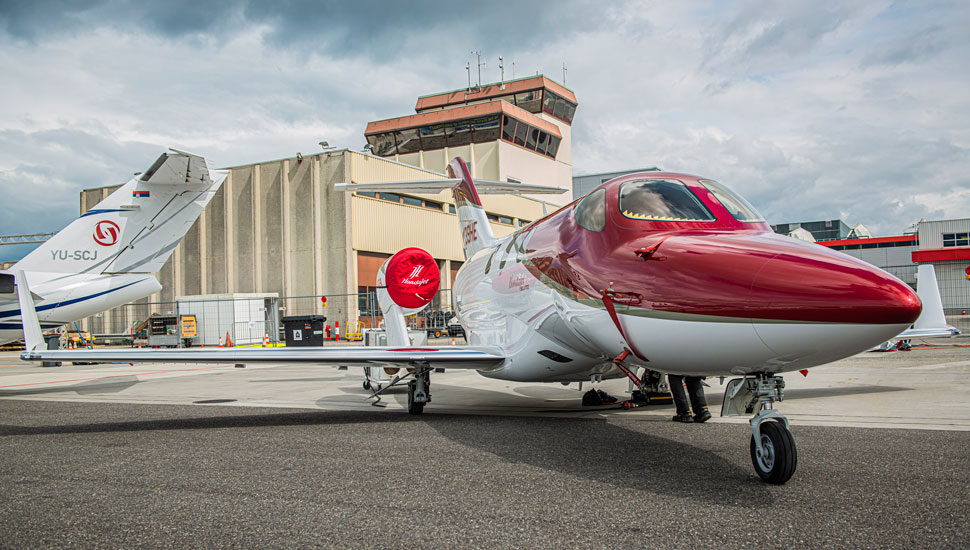 "That isn't the case and we need to change this perception," says Fujino. He describes the HondaJet as "an ideal aircraft for this region", with an impressive range, cruise speed, five-passenger cabin and the ability to access 84 airports and landing sites in the country – compared with fewer than 30 for commercial airlines.

Fujino is considering a number of initiatives to attract new entrants to the market, including a domestic point-to-point service connecting key cities such as Fukuoka, Kobe, Nagoya, Sapporo, Sendai and Toyko, as well as onward travel for commercial airlines' first- and business-class passengers travelling to Japan and needing to fly domestically or on to nearby international cities such as Beijing.

He says a key obstacle to growing the Japanese market is the expense of private aircraft travel, with a typical flight costing up to twice as much as the equivalent in Europe, once the cost of fuel, landing fees, insurance and other operational costs have been taken into account. Access to major commercial hubs such as Haneda and Narita in Toyko can also be a challenge. "We are making progress here, however," says Fujino. "Haneda recently doubled its slots for business aircraft from eight to 16."

The arrival of the Olympic Games in Japan in 2020 and the expected influx of business aircraft traffic during the event should also help raise awareness of the industry and the Honda Aircraft brand in Japan. "We are a Japanese-owned company after all, with a well-known and globally respected name," says Fujino, pointing to its parent company, Honda Motors.

Fujino is making headway in Japan, however, with sales of 10 HondaJets to local customers so far. Since securing Japanese certification in December 2018, Honda Aircraft has delivered two aircraft and three more examples will be handed over to Japanese owners this year. "We expect HondaJets to account for at least 50% of the business jet fleet in Japan within five years," he says.

The company says its agreement with ANA Business Jet is also giving "positive exposure" to the HondaJet. Launched in October 2018 as a partnership between All Nippon Airways parent ANA Holdings and Japanese trading house Sojitz, the service provides onward travel in the USA for the airline's premium passengers using a pair of HondaJets.

The light-twins are currently ANA customers flying from Tokyo to Chicago O'Hare and Los Angeles International airports, but Fujino hopes to expand the high-end offering in the country before the end of the year adding another HondaJet to the fleet.

Honda Aircraft has delivered 123 HondaJets since the aircraft entered service in December 2015. The inventory includes 22 examples of its new iteration called the Elite. The aircraft was launched at EBACE last year and entered service in August featuring an auxiliary fuel tank to increase range by 230nm (426km) to 1,440nm, a 45kg (100lb) rise in maximum take-off weight to 4,860kg and a revamped interior.