Honda Motors' aircraft and jet engine business lost ¥41.8 billion ($380 million) in the fiscal year ended 31 March, the Japanese conglomerate reports in an annual report filed with US regulators on 20 June.

Honda Motors summarises the financial performance of Honda Aircraft – developer of the HA-420 HondaJet – and its interest in the GE Honda Aero Engines joint company with a single line in the results for the Power Products and Other Businesses division.

"Operating loss of aircraft and aircraft engines included in the Power Products and Other Businesses segment was ¥41.8 billion, an improvement of ¥1.9 billion from the previous fiscal year," the company says. 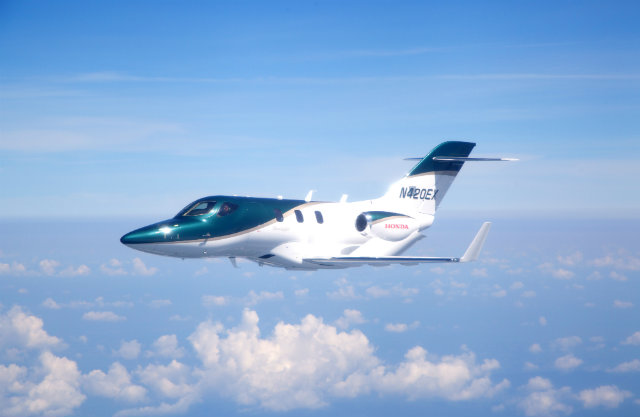 Honda Motors' fiscal period begins on 1 April and ends on 31 March each year. In the FY2018 period, Honda Aircraft delivered 40 HondaJets, including at least 80 HF120 turbofan engines, according to figures published by the General Aviation Manufacturers Association. That equates to a loss of ¥1.05 billion – or $9.56 million – per shipset of aircraft and engines.

In FY2017, Honda delivered 35 light business jets and engines and reported on overall loss of ¥43.7 billion, which equates to an average loss per shipset of ¥1.25 billion.

Although Honda Motors does not break out revenue results from the aviation business, Honda Aircraft and GE Honda Aero Engines remain a relatively small division of the overall company. The Power Products and Other Businesses segment alone reported overall revenues of ¥347 billion in FY2018. Overall, Honda Motors reported sales of ¥15.4 trillion, or about $140 billion, during the last fiscal year.