Israeli start-up Eviation Aircraft has announced Cape Air as the commercial launch customer for its Alice all-electric aircraft, with the “double-digit purchase option” from a long-established airline helping to validate the in-development design and put the nascent sector on the map.

Eviation has not disclosed how many aircraft the Hyannis, Massachusetts-based operator has ordered, but company co-founder and chief executive Omer Bar-Yohay says the first example will be delivered in 2022.

The Alice is making its debut at Paris with the first fully-equipped full-scale prototype on display on the static. 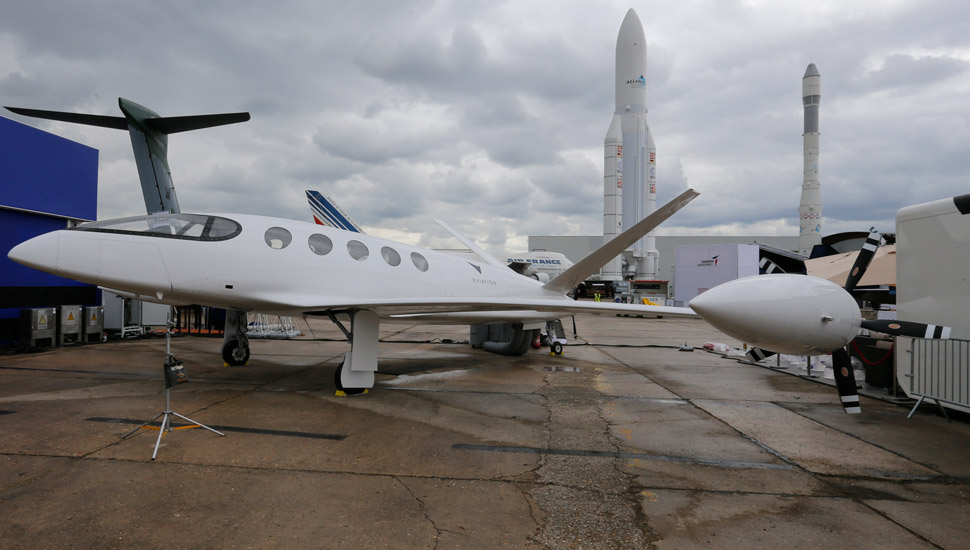 Bar-Yohay says the company is initially targeting the nine-passenger Alice at large operators looking for low-cost, sustainable aircraft to feed shorter-range routes of around 500nm (930km). These companies will also help Eviation to develop the necessary infrastructure, including charging points, to support a growing fleet.

Cape Air operates a fleet of 92 aircraft consisting of Cessna 402C piston-twins and Britten-Norman BN-2 Islanders. It also has orders and options for up to 100 Tecnam P2012 Travellers. Deliveries of the piston-twins are scheduled to begin later this year, following US Federal Aviation Administration certification.

“Today regional travel in the USA is on the rise, with an increase in consumers flying short distances between 50 to 650 miles,” says Bar-Yohay. He describes this segment as an “ideal scenario” for the Alice, which aims to undercut the cost of travel by making “middle-mile trips” cheaper, faster and cleaner. “The shift to electric will reduce operating costs, eliminate greenhouse gas emissions, make air travel more affordable, and connect communities like never before,” he says.

Cape Air founder and chief executive Dan Wolf describes his airline as “a company of firsts, and one with a deep sense of social responsibility”. The company is seeking opportunities to reduce the environmental impact of its operations, he says, and “augmenting our fleet with the all-electric Alice aircraft is the next chapter in our future”.

The Alice uses one main Hartzell five-blade pusher-propeller at the tail and two at the wing-tips, to reduce drag, increase redundancy and improve efficiency. Each prop is driven by a 260kW electric motor – supplied by Siemens and MagniX – powered by a 900kWh lithium-ion battery pack, giving Alice a range of 540nm on full charge and a cruise speed of 240kt (440km/h). Bar-Yohay says the battery weighs around 3,700kg (8,200lb), which accounts for around 60% of the Alice’s 5,900kg take-off weight. “[The Alice] is a huge battery with a plane painted on it,” Bar-Yohay says.

The all-composite Alice will seat up to nine passengers and two crew in its 12m (39ft)-long fuselage. The aircraft also features a bespoke fly-by-wire system and flightdeck, supplied by Honeywell.

Kadima-Zoran-headquartered Eviation will ship the Alice to its US base in Prescott, Arizona after Paris, where it will begin systems testing. The flight-test campaign will be undertaken in Seattle, Washington with the assistance of local company engineering company AeroTec.

Three aircraft are planned for the flight-test campaign – two prototypes and a production-conforming example. Parts for the second Alice are now under construction and the model is scheduled to join the certification effort in the fourth quarter.

The third aircraft will arrive in mid-2020, and type certification and service entry are expected in 2022.