Soaking up the sunshine on the Gulfstream static is the G600, which is making its Paris debut ahead of its planned certification early in the third quarter.

The superwide-cabin, long-range business jet is on display alongside the super-midsize G280, large-cabin G550 and Gulfstream's flagship G650ER.

Scott Neal, senior vice-president of worldwide sales for the Savannah, US-based airframer says market response to the large-cabin, long-range aircraft has and continues to be very strong "not only in Europe but globally". 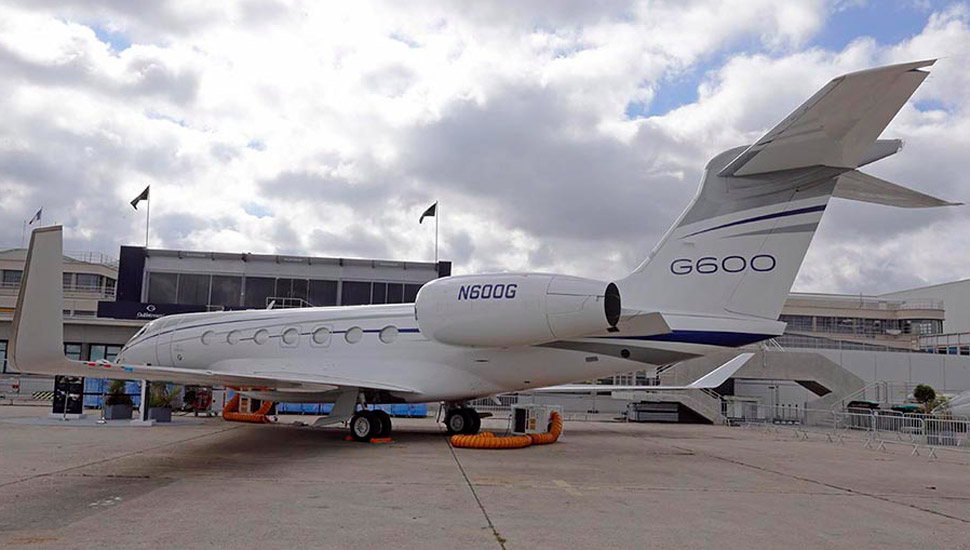 The 6,500nm (12,000km)-range aircraft is scheduled for certification in late June "or early July", with service entry expected to follow soon after. Neal says the company was hoping to secure approval earlier, but the partial shutdown in January of the US government, including the Federal Aviation Administration, has caused that deadline to slip.

The G600 wrapped up flight testing on 22 May after a 28-month campaign, with the five-strong fleet logging over 3,200h across 870 sorties. "Everything is ready to go from our end. We can't wait to get the aircraft into our customer’s hands," says Neal.