French company Voliris has arrived at the show to promote its new airship and attract investors keen to bring the cargo transporter to market.

The blimp, called the NATAC automatic shuttle for containers, was launched in 2016 and the company built a one seventh-scale model of the design last year to demonstrate its capabilities. “We are looking for €30 million ($34 million) to bring the NATAC to market, and a further €300 million to industrialise the product,” says Voliris general manager Chau Hoang.

The airship, which the company describes as a “game-changer airbridge”, is designed to carry loads of 30t with cargo suspended from a giant container. 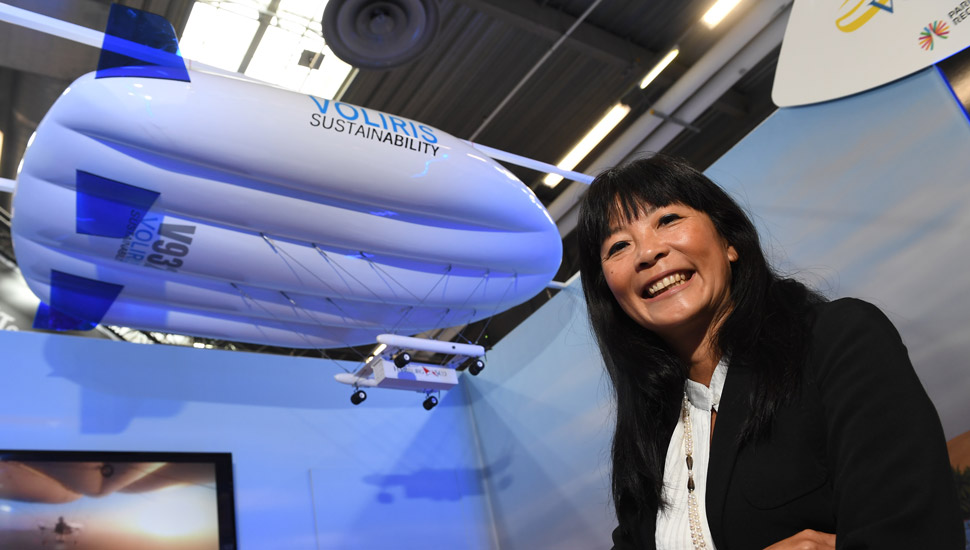 “It operates like an air truck,” says Hoang. “But is so much cheaper to transport cargo than traditional vehicles.” It is a “great substitute” for ground transport, particularly in places where the road system is poor, she adds.

Ideal markets for this airship are mining and oil companies that need to transport very heavy goods to far-flung locations, Hoang says. “It would also be suited to transporting disassembled wind turbines to their final destinations,” she adds.

Voliris believes there is a market for 2,000 of these airships, and is hoping potential investors will see its value. “We would also consider partnering with logistics companies who could help define the specification and provide funding, too,” Hoang says.

If investment is forthcoming, Voliris hopes to bring the NATAC to market in 2026.