GI Aviation, the first and only commercial provider of the Pilatus PC-12NG in the Middle East, has shut down operations after less than two years in business.

The company, headquartered at Abu Dhabi's Al Bateen Executive airport, blames its 31 October closure on a "restrictive" regulatory environment, and poor response in the region to the Swiss-built, single-engined turboprop.

"It has one engine, and a propeller," says GI Aviation general manager Patrick Gordon. "This aircraft was always going to be a tough sell in a region known for having a large appetite for high-end business jets."

Gordon's comment is borne out by Flight Fleets Analyzer, which records an inventory of only two PC-12s in the Middle East. One of those (A6-GIA), belongs to GI and is undergoing its annual maintenance check at Al Bateen with Falcon Aviation Services; it will eventually be sold. The other example (4X-CXP) is owned by an undisclosed Israeli company and operates in a corporate role. 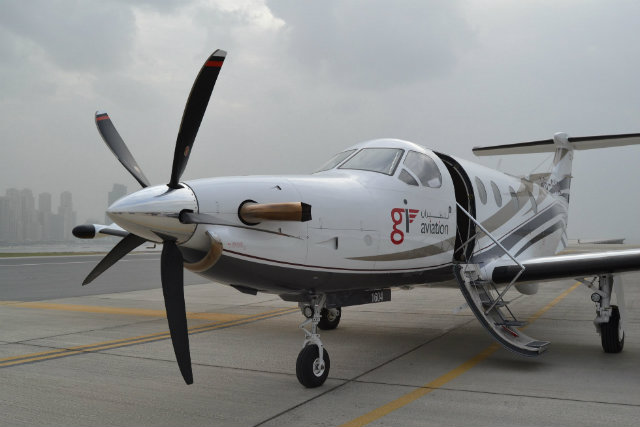 Gordon says GI Aviation's second PC-12 (A6-GIB) has since been re-registered in the USA as N18YU, and is being sold by Boulder, Colorado-based agent Mesinger Jet Sales. It is "an easy aircraft to sell in the USA", he says, where the use of single-engined turboprops "in all types of roles" is widespread.

Unlike the USA, the regulatory framework in the United Arab Emirates is very restrictive and costly, Gordon concedes. "Operating under the same regulations as local airlines Emirates and Etihad is unworkable for the charter operator," he says.

Gordon points to a requirement for A6-prefixed aircraft to operate into airports with ground-based facilities such as fire services. This, he argues, effectively removes the key benefits of single-engined turboprops: flexibility, versatility and affordability.

"If you are travelling from Abu Dhabi to Riyadh, for example, you are looking at airport charges of around $1,500 at both ends; this significantly increases the cost of the flight, and results in razor-thin margins for the operator," Gordon says.

He describes the current state of the charter market in the Middle East as "very tough and competitive", with many companies struggling to make a living. Given this backdrop, Gordon argues, there is no future for a model "without precedent in the region".

"Once a business idea has been deemed a mistake, the next step is to exit that business as efficiently as possible; that's what we are doing," he says.