Pilatus Aircraft’s general aviation division recorded a 30% hike in revenues during 2016, with the surge due almost entirely to the stellar performance of its flagship PC-12NG single-engined turboprop.

The PC-12NG was the top performer in its turbine-single niche, with deliveries of 91 aircraft – including the 1,400th example. This compares with shipments of 70 units in 2015. Pilatus attributes the hike, in part, to the introduction in January 2016 of the third iteration of the 10-seat, 23-year old type. Priced at $4.9 million, this latest NG version features better take-off and climb performance, more cabin comfort, greater range and speed, and a quieter cabin. 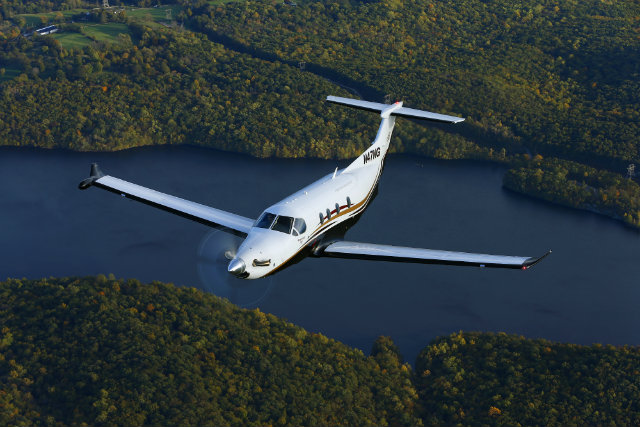 The GA division, which also includes the multimission PC-6, accounted for 56% of Pilatus’s total revenues for 2016, which at Swfr821 million was about Swfr300 million lower than the previous year. Despite the weaker year-on-year performance, Pilatus chairman Oscar Schwenk describes 2016 as "a successful year" which "exceeded expectations". Operating earnings at the Stans-headquartered company totalled Swfr89 million, after the deduction of research and development investment of Swfr101 million.

Overall, 117 aircraft were delivered by Pilatus in 2016, also including nine PC-6s, plus 14 PC-21s and three PC-7 MkII trainers for military operators. This compared with a total of 121 shipments in 2015.

The value of the aircraft backlog on 31 December totalled "a comfortable" Swfr1.74 billion; Swfr244 million higher than last year. This includes an order for 17 PC-21s from the French air force. This total does not include the 84 orders for the in-development PC-24, Pilatus stresses. The company closed the orderbook for the superlight jet within hours of opening it in May 2014, having sold the first two years of production.

The airframer says the PC-24 – its first business jet programme – is on track for certification and service entry by year-end. Three prototypes have flown 1,500h to date, and series production is already under way in Stans, it adds. 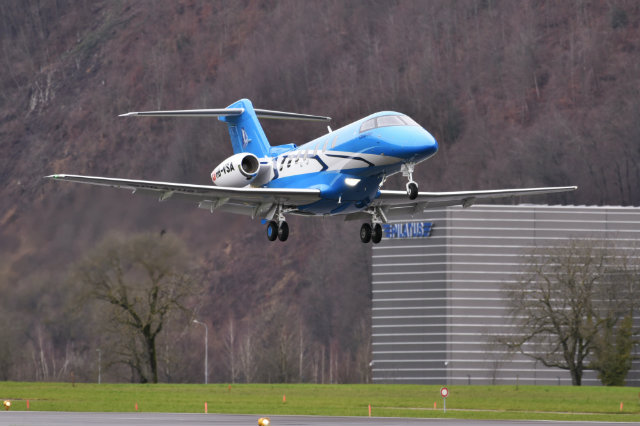 Schwenk says 2017 will be "the year of truth" for Pilatus. "The focus will be firmly on the certification and market entry of the PC-24," he says, as well as "making the requisite infrastructure modifications for PC-24 series production". This includes completing the new 10,900m² (118,000ft²) final assembly plant at Pilatus's US headquarters in Broomfield, Colorado, along with a 9,500m² surface treatment centre and 10,000m² assembly hall in Stans.