Adenau, Germany-based Red Aviation describes its powerplant as an “all-aluminium, 12-cylinder, high-compression-ignition engine” that can run on Jet A or diesel fuel. 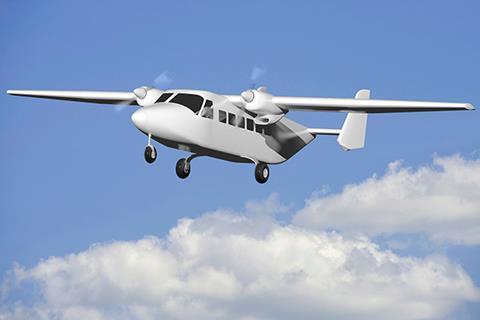 A03 will power the in-development piston-twin

“The A03 is a game-changer in the market as there are currently no diesel engines in the 500hp range,” says Red Aviation’s head of business development Sebastian Gluck.

It was selected by Pro-Avia, he adds, as it can deliver lower emissions and excellent fuel efficiency compared with similar-sized engines running on leaded aviation fuel like the Lycoming IO-580, TIO-720 and Continental IO-550 pistons.

The A03 secured European and US certifications in December 2014 and January 2015, respectively, and the engine is now installed on a clutch of platforms including the Yakovlev Yak-52 and -152 trainers, and Fletcher FU-24 agricultural aircraft. “We are aiming to achieve supplemental type certifications for the A03 soon on the De Havilland Canada DHC-2 Beaver and Air Tractor AT-301,” says Gluck.