UK ground infrastructure developer Skyports is preparing to open what it describes as “the world’s first vertiport for electric vertical take-off and landing [eVTOL] aircraft” in Singapore on 21 October.

Live flight trials will begin soon after with Volocopter’s 2X prototype. Skyports has joined forces with the German urban air mobility (UAM) developer to launch commercial services in the city state from 2022, using the latest version of its two-seat air taxi, dubbed VoloCity. The all-electric multicopter is currently in development and is scheduled to make its first flight within 18 months. 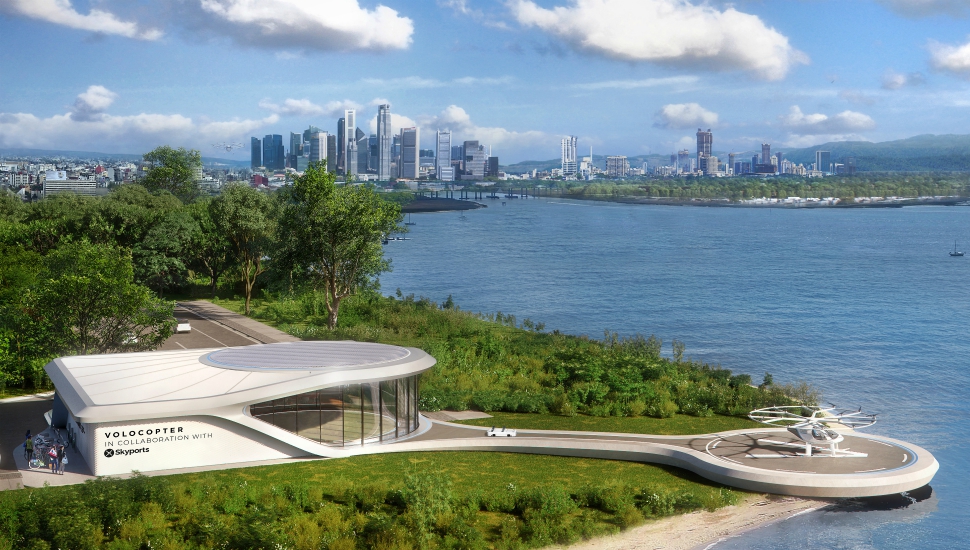 Skyports co-founder and managing director Duncan Walker told the Global Urban Air Summit in Farnborough, UK on 3 September that the hardware for the vertiport – branded by Volocopter as a Volo-Port – is now being manufactured in China, and will be shipped to Singapore’s downtown Marina Bay area in late September for final assembly.

He says the Asian city state has been very supportive of the initiative from the start, and has “expedited the approval process” for building the vertiport.

Singapore’s approach is not common elsewhere, however. Skyports is seeking to develop a network of eVTOL landing sites across Asia, Europe and the USA with a number of aircraft manufacturers, but Walker says “the regulatory landscape for an urban air mobility ground infrastructure is generally a complete mess”.

He cites a lack of commonality in regulations, and a reluctance in some countries to address these issues. “The locations we have picked out for development have been driven more by politics, in terms of getting the right support from the authorities, rather than just economics,” says Walker.

He suggests the UAM business model will launch more quickly in places such as Singapore and China “that are more accepting of new technology, and have a higher tolerance for risk”.

He says the industry “must make better progress” in promoting the benefits of UAM to governments and regulators. “With their approval we can achieve scalability worldwide, and bring down the price of UAM transport so it can be accessed by a broad base of customers."