The start-up, based in Redmond, Oregon, had designed the high-performance composite single to seat up to six people, but concedes it is too small in its current form to comfortably hold that number.

“Many people have told us that the 714 is too tight for six adults with bags,” says Stratos chief technical officer Carsten Sundin. “So we are lengthening the pressure vessel by 31in [77.5cm], which will give the occupants more room.”

The aircraft is also likely to undergo a rebrand to reflect its larger proportions, says Sundin.

He suggests the 714, like most business aircraft, is typically flown with an average of two passengers on board, “but owners and operators like the option of being able to carry more”. 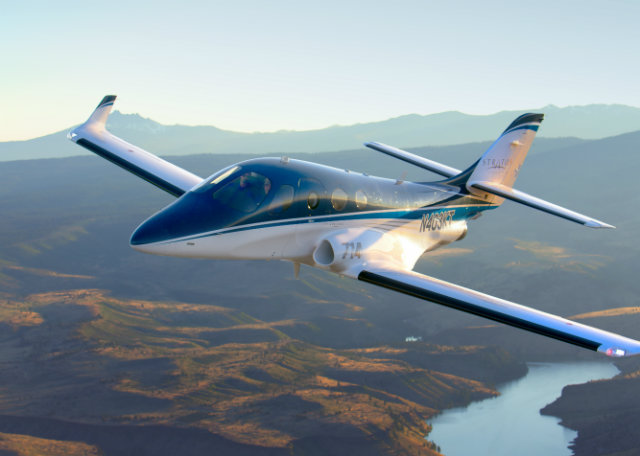 Sundin says Stratos “will get the design absolutely right” before it embarks on the next stage of the flight-test campaign and production. “We are never going to change the outside of the aircraft. This will be the production model for years to come,” he says.

Stratos is mirroring Daher’s “successful” strategy with the 28-year-old TBM single-engined turboprop series. “Daher – and Socata before it – have stuck with the same basic design, but to keep the product fresh, they have added new features with each generation of aircraft,” says Sundin.

It is pitched against the Cirrus Vision Jet – currently the only Part 23-certificated single-engined jet on the market – and the Embraer Phenom 100EV entry-level twin.

Construction of the first prototype is now under way, and the remodelled aircraft is expected to be unveiled in the third quarter. No date has been set for first flight, but it is likely to be in 2019, Sundin says.

Stratos is considering producing the first batch of aircraft as kit planes. This approach, Sundin argues, “will allow us to fine-tune the product” before embarking on a “very expensive” Federal Aviation Administration FAR Part 23 type certification campaign.

“If we do decide to take kit orders, we could start delivering next year, as the regulations for this sector are far less onerous and costly."