A UK start-up has declared its intention to fly by 2022 an 18-seat hybrid-electric aircraft – with certification following by 2025.

The concept features a turboprop engine generating electricity to drive a ducted, contra-rotating pusher prop fan with vectored thrust, and a high-lift, triple-box wing for use in passenger and freight roles. 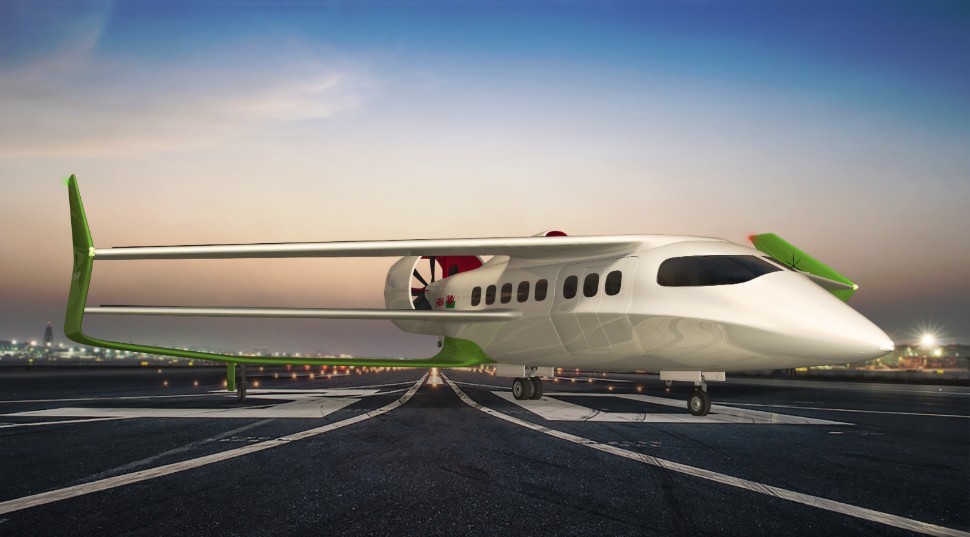 He adds, referring to the UK Royal Navy’s Queen Elizabeth-class flagships: "It will be fully capable of landing and taking off from our new aircraft carriers, without the need of 'cats and traps', enabling 5t of cargo to be flown long range to the carrier if needed."

Moreover, Cloughley promises a 15min changeover from passenger to cargo configuration, swapping 18 seats for three LD3 containers. He puts the target price at $4 million, with operating costs of less than $600 per hour. Take-off noise should be just 60dB.

Unpressurised, the Faradair has a design ceiling of 14,000ft. Final design work is being undertaken at Swansea University in Wales. The four-year-old project has flown a "scale model" and intends, says Cloughley, "to begin building this year" in expectation of flight testing in 2022.

Cloughley, who presented the project at the 11-12 March Revolution.Aero Europe conference in London, dismisses schemes targeting fully electric passenger flight in the near future as unrealistic, given current battery technology.

His argument that hybrid electric propulsion is feasible today is supported by Rolls-Royce. Also at Revolution.Aero, the engine manufacturer outlined its vision of hybrid electric power enabling 20-100-seat regional aircraft to operate over ranges up to 850nm (1,570km).

In timeless British fashion, Faradair "has managed to maintain its programme development with relatively low budget versus its international rivals". So far, Cloughley says, "angel investors have kept the lights on" and now he is pursuing a £10 million ($13 million) funding round.

He contends that, had requests for government support been heeded "when we told them about the incoming hybrid-electric market back in 2015, we would already be flying today".