XTI Aircraft has selected GE Aviation’s Catalyst engine as the core of the hybrid-electric propulsion system for its in-development TriFan 600 vertical take-off and landing (VTOL) aircraft. The TriFan 600 will be the Catalyst’s second application, following the Textron Aviation Cessna Denali single-engined turboprop.

GE says the two companies will work together to “define a series hybrid architecture that will meet the TriFan performance requirements”. 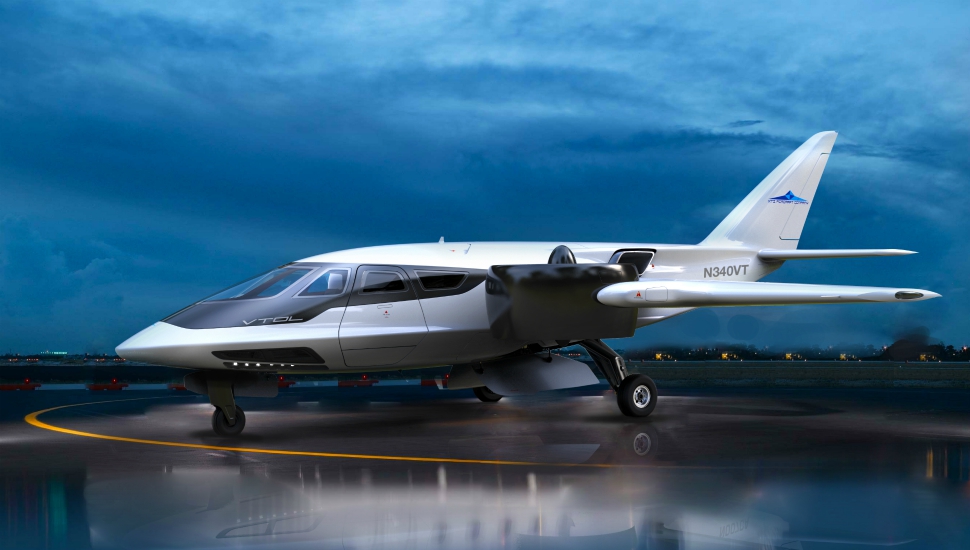 He says: “Parallel and series hybrid propulsion systems – those that include a turbine gas generator to take advantage of the energy density of jet fuel – will lead to much more capable aircraft for both traditional and emerging markets for many years to come.”

Launched in 2015, the Catalyst is the first clean-sheet turboprop engine for the business general aviation market in more than 30 years and GE’s only powerplant to be entirely developed and produced in Europe.

It is designed, says Corkery, to “greatly reduce fuel consumption, enabling longer in-flight missions and increased payload compared to other alternatives in this class”.

“Operating as a series-hybrid generator,” GE adds, “the Catalyst is designed to answer the propulsion and system needs of aircraft in the emerging megawatt hybrid-propulsion market”.

GE says XTI opted to work with the engine supplier after visiting its electrical power integrated system centre in Dayton, Ohio. Opened in 2013, this facility has been researching and developing hybrid-electric technology for regional, general aviation and VTOL aircraft. “It can support six narrow body-class aircraft labs simultaneously, as well as provide the capability to test systems from 0.5MW to 2.5MW in size,” says GE.

The Catalyst has completed more than 1,100h of testing between three test engines at GE’s site in Prague, Czech Republic. The Catalyst will make its maiden sortie before the end of the year on GE’s Beechcraft King Air 350 flying test bed. The first Catalyst-powered Denali will take flight soon after, says GE.

Development of the TriFan is also progressing on schedule. Flight-testing on a 65% scale prototype began in May and the aircraft has now flown over 20 tethered sorties, says XTI chief executive Robert LaBelle. The Denver-headquartered start-up is working toward untethered flight, at the end the third quarter. Work will begin in the coming months on building the first full-scale prototype, which it plans to fly at the end of 2020.