Silicon Valley-based start-up ZeroAvia is developing a sustainable, low-cost alternative to conventional engines which it hopes will revolutionise the regional transport market and provide an “environmentally friendly” option for manufacturers and operators of business, commuter and general aviation aircraft.

The system, known as the ZA600, is described by the company’s founder and chief executive Val Miftakhov as a “zero-emission, hydrogen-fuelled electric powertrain that will deliver the same performance as a traditional turbine engine, but with much lower operating costs”. 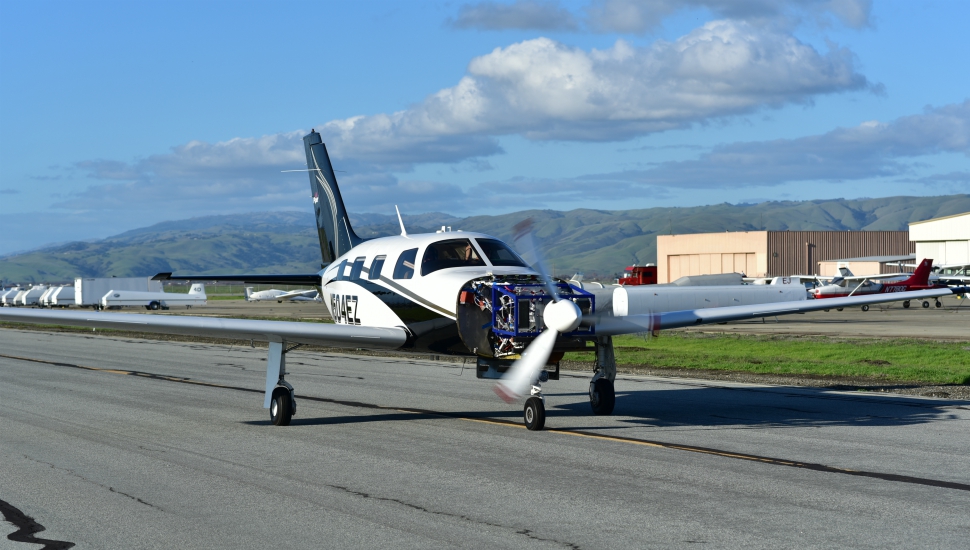 Miftakhov says it is initially targeting large operators and manufacturers of 10-20-seat fixed-wing aircraft in the 500nm (925km)-range category. This a potentially huge market for the platform, Miftakhov adds, “making up nearly half of the commercial flights worldwide”.

The powertrain technology will eventually be adapted for variety of aircraft including light singles, helicopters and unmanned air vehicles, he says.

ZeroAvia is in talks with a number of airframers who are interested in the ZA600 as a replacement or an option to their current engines, Miftakhov says. While he does not reveal the identity of these manufacturers, Miftakhov says the platform “will be a perfect fit” for turboprop aircraft such as the Cessna Sky Courier, Dornier 228, Pilatus PC-12NG, and Viking Air Twin Otter Series 400.

Flight testing is currently underway at ZeroAvia’s Hollister, California base using a converted Piper M350 piston-single. The six-seat testbed is equipped with a pair of electric motors, two battery sets and two power inverters. The M350 has made 10 sorties in its current configuration, which he says, “have validated key components and their integration into a complete powertrain system”. ZeroAvia will replace the batteries with hydrogen fuel cells in three months and resume flight testing with the M350.

He notes that hydrogen produced from local renewable energy is the most practical way to enable zero-emission aircraft of “commercially meaningful size” on traditional 300-500nm regional missions. “A hydrogen-based system will pack up to four times more energy than the best batteries and will also be more economical," he says.

The company calculates the cost of operating a ZeroAvia-powered aircraft will be “close to half” of a conventional turbine aircraft, "due to lower fuel input costs, higher powertrain efficiency, and reduced maintenance costs".