Why, deep into the second century of aviation, is being an airline pilot still a largely male preserve, and what can the industry do to attract more young women to the profession?

Of all the glass ceilings blocking the advancement of women in the workplace, perhaps the toughest to crack is at 30,000ft. A century or so after the likes of Amy Johnson and Amelia Earhart confronted the stereotype that only men could fly, the airline cockpit remains, in most parts of the world, an almost exclusively male zone. 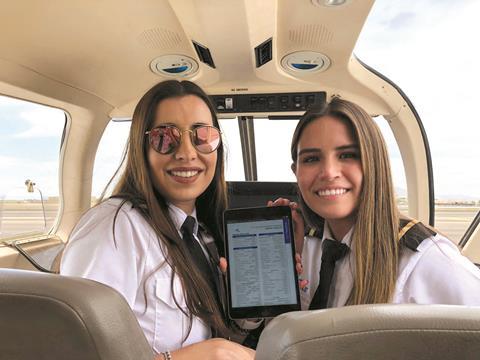 However, unlike the invisible obstacles that stop ambitious female employees achieving their potential in other industries, the barrier that prevents more women reaching for the sky in the aviation sector often forms earlier in life.

There are many reasons more girls and young women do not consider flying as a career – fewer than 6% of commercial pilots worldwide are female. They include (fairly obviously, given the ratio) a lack of role models and a tendency for fewer girls than boys to study science, technology, engineering and maths in high school and beyond.

There is also perhaps an unwillingness by parents, teachers and other advisers to suggest to their daughters and charges that being responsible for a machine worth tens of millions of dollars might be an exciting and rewarding career option.

While women have made great strides in other walks of life that 50 years ago were overwhelmingly male-dominated, from medicine to law, politics to the boardroom, the pilot profession remains almost 95% skewed in favour of men. Things are changing – some airlines have set ambitious recruitment targets for female cadets – but many believe they have not done so fast enough. What is needed, say critics, is both “pull” – initiatives by airlines to recruit and retain women pilots – and “push” – efforts to widen the pipeline of pilot applicants by enthusing more girls and young women about what a cockpit career has to offer.

It is about more than gender injustice. If not enough women come forward as pilots, it could hit the industry in the pocket. According to a forecast by CAE released last year, the expansion of fleets and the retirement of existing pilots mean airlines will need 255,000 more flightcrew by 2027 simply to keep scheduled services in the skies. That creates a huge recruitment challenge and restricting the pool of potential recruits to the half of the population that comes with an X and a Y chromosome makes no business sense.

Prejudice may not be as bad as when female first officers began stepping into the right-hand seats of mainstream airline cockpits more than 40 years ago, and condescending captains and a deep-rooted crew room chauvinism – not to mention misguided passengers – could make life very uncomfortable for these pioneering pilots. One would be hard pressed to find an airline worldwide – save in a handful of countries where women’s rights lag far behind – that does not at least make all the right noises about recruiting more women pilots. 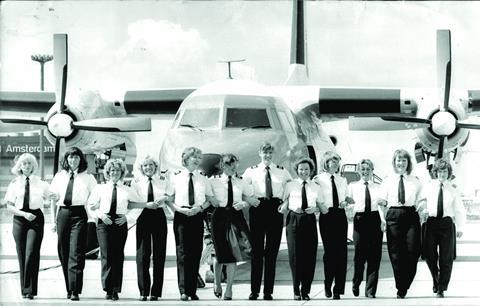 Early pioneers: women pilots with Air UK in the 1980s

However, the statistics tell a different story. The latest figures from the International Society of Women Airline Pilots (ISWAP), which regularly surveys airlines on the gender mix of their flightcrew, show that, even in countries where women are well represented in professions traditionally dominated by men, the cockpit remains a largely male preserve. In airlines as diverse as American Airlines, Air New Zealand, KLM, Qantas, Southwest Airlines and Virgin Atlantic, the proportion of women pilots is below the world average of 5%.

It is unlikely that the chief executives or human resources departments of any airline would admit to favouring male recruits. Rather, the pilot profile tends to reflect the gender balance in the supply chain – those undergoing training schemes – not just currently, but going back decades. At a conference last year, Willie Walsh, chief executive of British Airways parent IAG, bemoaned the fact that 70-80% of respondents to its advertisements for pilots are men. “It should be 50:50,” he said. “I can’t understand why it wouldn’t be 50:50, other than we are just not yet convincing young women that aviation holds opportunities for them.”

At the same event, Ryanair chief executive Michael O’Leary said applicants for pilot roles at his airline also tend to be overwhelmingly male. “We do recruitment days for pilot cadets – it’s 90% male,” he said. “You do a recruitment day for cabin crew, and it’s the other way round: it’s 80:20 female-male. There’s nothing wrong with the gender balance in aviation. In fact, it’s heavily skewed towards females, but they are generally on the cabin crew side.”

The pay and conditions afforded to pilots should make the role “a great career for someone with a family”, in O’Leary’s view. He notes: “You do five days on, four off. You are limited to 900 hours a year – 18-and-a-half hours a week and you get paid 200 grand a year. We need to communicate that message more actively to women.” O’Leary, whose airline has been mired in negotiations with pilot unions, also notes wryly: “If we had more female pilots, you’d have a generally more sensible pilot body anyway, because women tend to be more intelligent and sensible than men at the best of times.”

Kathy McCullough, a retired Boeing 747 captain with Northwest who is active in ISWAP, has been visiting schools since 1991 to talk to students about being a pilot, and despairs at the general lack of interest in the career from girls. “Invariably at the end of my hour, I’ll get the question: “How do I become a flight attendant?” I don’t know how to reverse that. Yes, you work hard as a flight attendant, but it’s about more than the pay. In the cockpit you are the one calling the shots. I would have thought more women would want to do that, but it’s is hard.”

While interesting girls in being a pilot can be a challenge, retaining women once qualified can be tough too. Hard statistics are not available, but the attrition rate among women pilots may be greater than it is for males, and this could contribute to the gender imbalance. While the politically incorrect attitudes common in crew rooms and airline culture generally in the 20th century may not be prevalent these days, McCullough says there are still plenty of hindrances for women pilots, from lack of bathrooms on the flightdeck for those who are pregnant to unattractive maternity pay.

Last year, the British Airline Pilots’ Association (BALPA) called for better maternity pay for pilots to “help make the profession attractive to women”. Its Baby on Board campaign claimed that airlines who stuck to statutory maternity pay meant some pilots have to take a 90% pay cut when they have a family. The union called for airlines to pay in full female pilots leaving to have a child for the first 26 weeks of their leave, with half pay for the remainder of their statutory maternity entitlement. BALPA said this would put airlines in line with other large employers in the UK.

McCullough has friends who have quit as pilots because they have not been able to afford to take maternity leave (although she says that it is not a problem that she had while flying for Northwest Airlines). “If you don’t have family friendly policies it’s difficult,” she says. She also worries that more progressive attitudes to women pilots might actually be reversing, with occasional reports of harassment and a return of the attitude that “you’re taking a man’s job”.

She believes the tipping point – the critical mass, an idea popularised by the writer Malcolm Gladwell, at which social attitudes suddenly change – will come when 20% of airline pilots are women. Convincing enough young women that it could be a career for them and hitting that figure in the next few years is possible, she believes. “The women I know who are flying absolutely love their job,” she says. “For most of us, it’s the travel and the ability to manipulate the airplane that’s so enjoyable. It’s great to be up there and watch the world go by beneath you. For the most part, it’s not a high-pressure job. It takes intellect. But it’s fun.”