Fresh concerns over the potential danger of operating unmanned air vehicles in the vicinity of manned aircraft have been sparked by the collision of a British Airways Airbus A320 with a UAV at London Heathrow on 17 April.

While the A320 was rapidly returned to service following ground checks, and the UK Air Accidents Investigation Branch is looking into the incident, a number of parties have used the event to highlight their concerns over the increased use of unmanned aircraft, particularly near airports.

The British Airline Pilots Association (BALPA) is calling for "compulsory registration, or some equivalent system of traceability" to track misusers of unmanned systems, stressing its oft-repeated sentiment that "drones pose a serious potential threat to flight safety".

"While I'm sure most drone operators are likely sensible and follow the guidance set out by the [Civil Aviation Authority], there will always be those who fly their drones either not understanding or not caring about the risks," says Steve Landells, a flight safety specialist at BALPA.

Statistics point to a growing risk from unmanned air vehicles: the CAA says that 40 airprox incidents involving UAVs were recorded in 2015, up on the nine near-misses that took place in 2014.

The US Federal Aviation Administration, meanwhile, reports for the nine months from November 2014 to August 2015 a total of 764 UAV sightings in what it considers dangerous areas. That is an average of 85 incidents per month.

In contrast, the figure for the five-month period from August 2015 to January 2016 – the most recent available – is 582, which increases the per-month average to 116.

The FAA says the number of sightings has increased "dramatically" over the past two years, and the FAA receives some 100 reports a month. 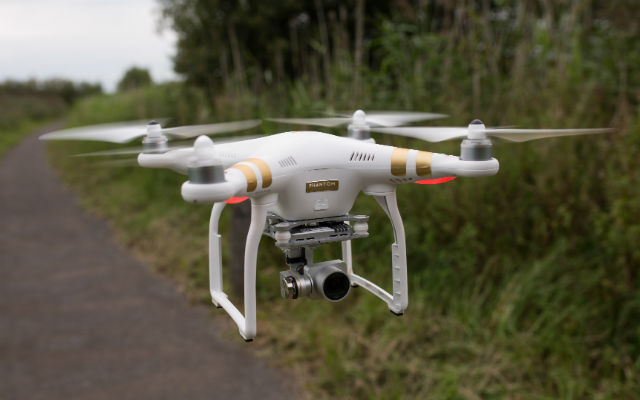 "The agency wants to send out a clear message that operating drones around airplanes, helicopters and airports is dangerous and illegal," it adds. "Unauthorised operators may be subject to stiff fines and criminal charges, including possible jail time."

"The FAA promotes a strong culture of safety and responsibility," it tells Flightglobal. "The safe integration of unmanned aircraft is multi-faceted, and the FAA’s approach must be as nimble as the technology itself. Registration is one tool the agency is using to meet this critical goal."

In an effort to appease concerns regarding UAV integration, the FAA has introduced mandatory registration for UAVs weighing more than 250g (8oz) and less than 25kg (55lb).

A number of UK politicians have now pressed the government to respond to the Heathrow event, including calls to replicate the registration system implemented in the USA.

"We would like drones to be fitted with some form of technology that makes them 'visible' to air traffic controllers, so if one is flown in an irresponsible manner, ATC can issue avoidance action to the manned aircraft and they know the exact location to send the police to," Landells adds.