Textron Systems is anticipating the release of two naval requests for proposals that would see its AAI Aerosonde unmanned air vehicle (UAV) adapted to launch and land on a ship.

The company has made software changes to the UAV’s autopilot to enable it to land on an unsteady surface, and is planning to offer the type to the US Navy and Royal Netherlands Navy – both of which have tenders they are planning on releasing soon.

“We’ve done a lot of work to enable [Aerosonde] to land on a moving target,” David Phillips, vice-president of small and medium-endurance UAS at AAI – a division of Textron – told Flightglobal at the Commercial UAV show in London. “We’ve done some software tuning to enable it to track the target – which in this case would be pitching and yawing.”

The USN is opening its competition to parties already contracted under its intelligence, surveillance and reconnaissance services contract – namely Textron and Insitu.

The requirement is expected to be released by the end of the year, with the USN to outline its required endurance, payload, launch vessel and cruise state. The UAV will have to operate from a cruiser or destroyer, and will be operational around 2016, according to Phillips. 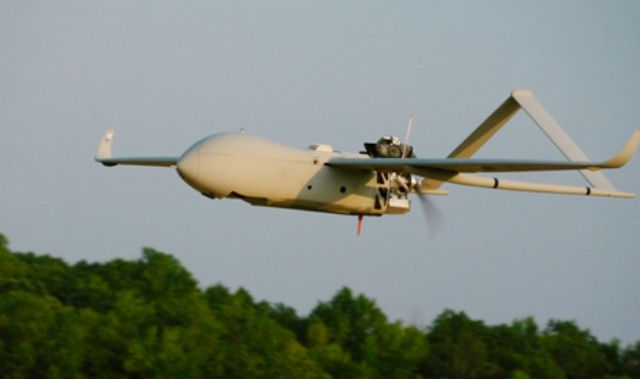 “We continue to follow international competitions. There are opportunities in the same timeframe as the US military’s,” Phillips says.

The Netherlands released a pre-request for proposals survey to help shape its requirements, and a more formal request is expected by the end of the year. The winning system would be operated by the Dutch navy and army in slightly different configurations.

The Dutch programme has been in the works for three years, but has ramped up in development over the past few months. Phillips says the Netherlands intends to issue an award by the end of 2015.