An AeroVironment Blackwing unmanned air vehicle has demonstrated its ability to act as a communications link between surface and underwater vessels, while simultaneously providing overwatch of the area.

The US Navy demonstrated during an annual exercise at the Naval Undersea Warfare Center in Rhode Island that its submarine-launched UAV could act as a communications relay link, providing secure data transfer between separate vessels via AeroVironment’s secure digital datalink.

Vessels used in the demonstration included a surrogate manned submarine, surface ships, and unmanned underwater vessels (UUVs), which were all geographically separated, the company says.

AeroVironment notes that UUVs in particular collect large amounts of data, which needs to be quickly and securely transferred during missions such as mine-hunting and oceanographic surveying.

“Blackwing delivers significant value to the undersea community, and we look forward to working closely with our partners to expand this powerful new capability to enable underwater vehicles and cross-domain interoperability.” 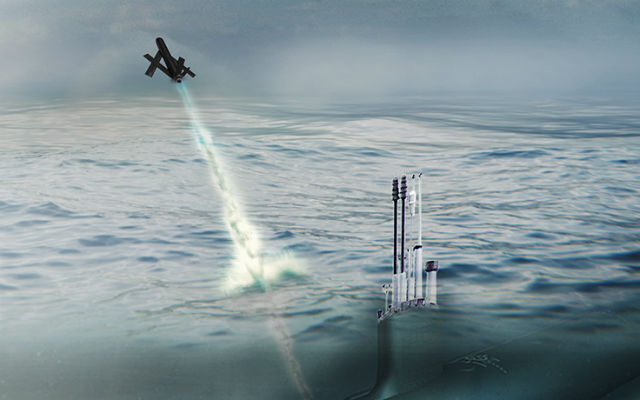 The company has also announced that it is pitching its Wasp All Environment (AE) micro UAV to the Australian army and special forces under a new teaming agreement with XTEK, Sentient Vision and General Dynamics Mediaware.

The 1.3kg (2.8lb) Wasp has traits of the larger Puma AE and Raven systems that are prominent in the US military’s inventory, and is described by Flittie as “fully digital”. It is being offered under Canberra’s Land 129 Phase 4 – Small Unmanned Aerial System programme, which seeks 78 off-the-shelf UAVs, according to a September 2015 tender. 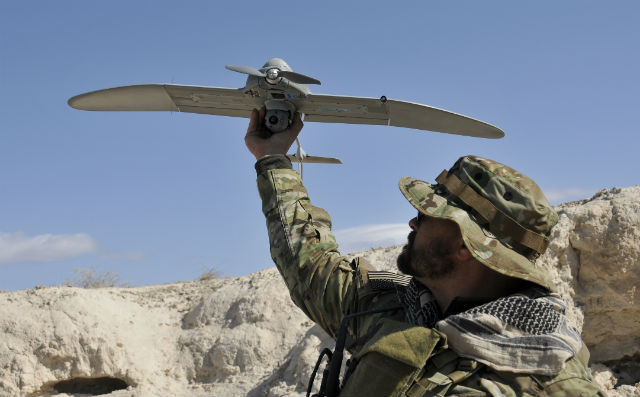 A limited number of Wasp AE UAVs have been tested by the army, but it is understood that a second phase of the Land 129 programme will see more procured with some industrialisation in Australia.

“Teaming with XTEK, Sentient and General Dynamics Mediaware for delivery and sustainment is key to ensuring our customer’s success as its forces rely on the advanced, versatile and life-saving capabilities of our Wasp AE systems to proceed with certainty,” Flittie notes.

According to the original programme documents, initial deliveries were to be made in April-July 2017, with final deliveries expected by the end of 2018.