Lockheed Martin and Kaman Aerospace have further demonstrated the teaming capability of their K-Max unmanned rotorcraft by carrying out a medical evacuation of a patient after being cued by an unmanned ground vehicle.

Alongside controls developer Neya Systems, the team performed the trial to demonstrate that a UGV can assess an area and then call on a UAV to evacuate a casualty.

During the test, an unmanned John Deere Gator ground vehicle assessed the area and patient, allowing ground operators to request an airlift using the K-Max. The wounded individual was then strapped to a seat on the side of K-Max for evacuation. 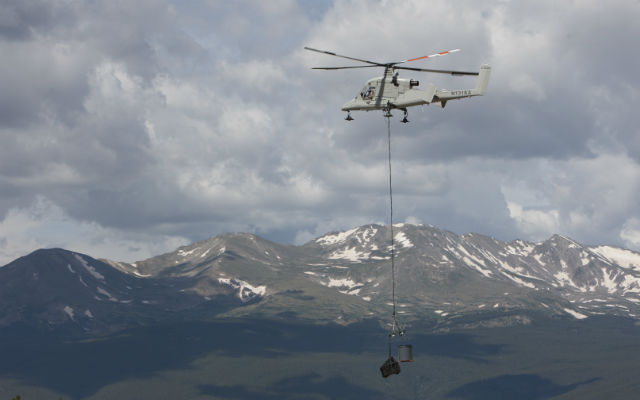 “This is a mission that has not previously been done by unmanned vehicles,” says Jon McMillen, business development lead for K-Max.

The demonstration was supported by a mixture of NASA Small Business Innovation Research, US Navy and Office of the Secretary of Defense funding.

Previously deployed with the US Marine Corps in Afghanistan where it was utilised for resupply missions, K-Max has been tested in a variety of scenarios since its return, including delivering Lockheed’s Squad Mission Support System UGV.