Israel's Urban Aeronautics has signed a partnering agreement with Certification Center Canada (3C), with the aim of securing type certification for its Fancraft vertical take-off and landing (VTOL) air vehicles.

A design approval organisation approved by Transport Canada for the commercial conduct of fixed-wing and helicopter airworthiness certification programmes, 3C will also work with Urban Aeronautics to explore workshare allocations for the procurement and production of Fancraft components and systems in Quebec.

"Fancraft can access locations that are inaccessible to conventional helicopters and perform a variety of transportation and emergency response missions, such as air-taxi and air medevac," the partners say. "These qualities make them ideal for Canada's rugged landscape, as well as intra-urban operations." 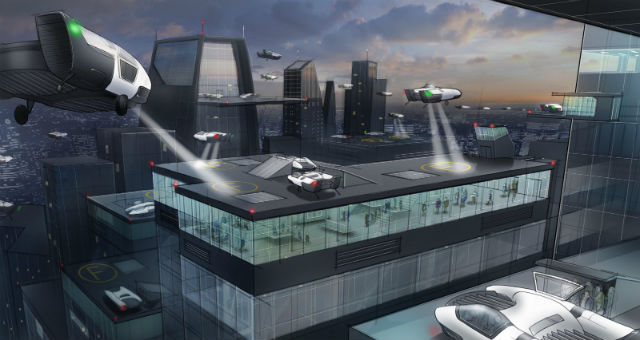 Rafi Yoeli, president of Urban Aeronautics, says the CityHawk will be similar in shape and size to the Cormorant, which has so far performed more than 200 flight tests.

While the CityHawk will initially be controlled by a human pilot, the vehicle's ﬂight control and ﬂight management systems will be capable of a high degree of autonomy. The design will also be equipped with a rocket-deployed parachute, which will bring the vehicle safely to the ground in the event of a ﬂight-critical event.

Urban Aeronautics expects a series production model to have a maximum take-off weight of 1.5t, and to use a Safran Helicopter Engines Arriel 2+ powerplant. The Fancraft developer and engine manufacturer are also studying new market opportunities and power systems to support the development of a range of internal-rotor aircraft.