The Pentagon’s Defense Advanced Research Projects Agency (DARPA) plans to launch a competition to teach artificial intelligence (AI) software programmes how to control aircraft and their weapons in dogfights.

The research agency sees the competition as the first step in developing software that would automate air-to-air combat. AI-controlled fighter aircraft could react faster in combat and free up pilots to spend more time managing a larger air battle, says DARPA. Ultimately, the Air Combat Evolution (ACE) programme aims to develop AI dogfighting software programs that are reliable and trusted enough by pilots to take over air-to-air combat. 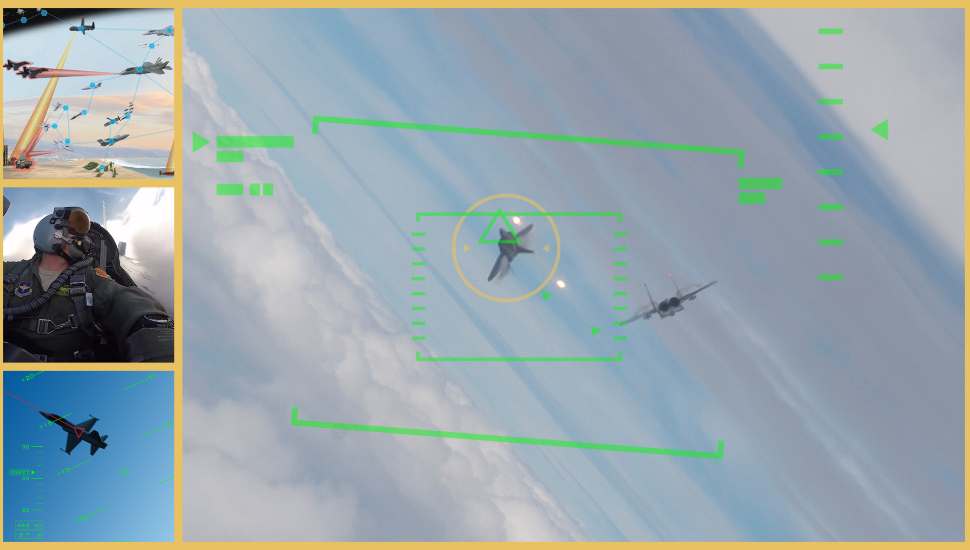 “Being able to trust autonomy is critical as we move toward a future of warfare involving manned platforms fighting alongside unmanned systems,” says US Air Force Lieutenant Colonel Dan Javorsek, ACE programme manager. “We envision a future in which AI handles the split-second manoeuvring during within-visual-range dogfights, keeping pilots safer and more effective as they orchestrate large numbers of unmanned systems into a web of overwhelming combat effects.”

DARPA says it will hold a “proposers day” for researchers interested in pitching their ideas on 17 May in Arlington, Virginia.

The ACE programme intends to train AI programmes in the rules of aerial dogfighting in a similar way to how new fighter pilots are taught. It will start with basic fighter manoeuvres in simple, one-on-one combat scenarios, before moving on to more complex and fast-changing situations.

DARPA believes that dogfighting is a good test case for AI combat programmes because it has a clearly defined objective, measurable outcome and aircraft have inherent physical limitations. The expansion of the AI performance envelope will be monitored by human pilots riding within the autonomously controlled aircraft.

“Only after human pilots are confident that the AI algorithms are trustworthy in handling bounded, transparent and predictable behaviours will the aerial engagement scenarios increase in difficulty and realism,” Javorsek says. “Following virtual testing, we plan to demonstrate the dogfighting algorithms on sub-scale aircraft, leading ultimately to live, full-scale manned-unmanned team dogfighting with operationally representative aircraft.”

ACE is part of a larger DARPA air combat research effort, called “mosaic warfare.” The agency is looking at ways to shift air combat away from being the exclusive domain of manned aircraft towards a future where a mix of manned and less-expensive unmanned air vehicles (UAV) fly together. The belief is that the UAVs could counter changing threats more effectively because they would be developed, fielded, and upgraded with the latest technology faster and cheaper than a manned aircraft.

“Linking together manned aircraft with significantly cheaper unmanned systems creates a mosaic where the individual pieces can easily be recomposed to create different effects or quickly replaced if destroyed, resulting in a more resilient warfighting capability,” says DARPA.

The Loyal Wingman UAV, the XQ-58A Valkyrie, which is supposed to fly alongside manned fourth and fifth-generation fighters, is an example of such a concept being separately developed by the USAF Research Laboratory.