The final ruling on Germany's decision to lease one Israel Aerospace Industries Heron TP unmanned air vehicle is expected to be made soon, following a protest submission to a high court from rival bidder General Atomics Aeronautical Systems.

German sources said that the General Atomics appeal in an attempt to stop the deal is “a very rude intervention in Germany's sovereignty”, which is the second attempt to overrule the January selection of the Heron TP.

A lower-level court rejected the US company's appeal, prompting the move to put it before a higher-level court. Sources close to the issue tell FlightGlobal that the General Atomics appeal is based on the claim that the selection was made without a competition.

In January, Germany announced it would acquire the Heron TP, based on its experience with the IAI Heron 1, which the Luftwaffe has operated in Afghanistan and has amassed more than 25,000 flight hours. 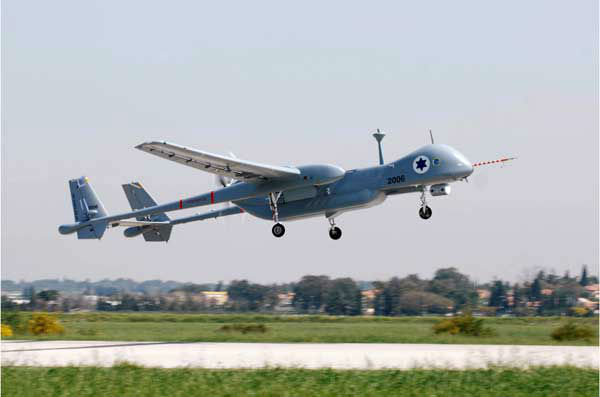 According to Berlin, the armed Heron TP will protect and support the Bundeswehr in deployed operations, and will fill the gap between the operational Heron 1 system and the completion of development of an indigenous European medium-altitude, long-endurance UAV.

It will be leased from IAI through Airbus Defence & Space, akin to the agreement covering the operation of the Heron 1.