Ahead of the release of the UK’s Strategic Defence and Security Review (SDSR) next month, Northrop Grumman remains hopeful that the nation’s maritime patrol capability gap can be filled with its MQ-4C Triton high-altitude, long-endurance (HALE) unmanned air vehicle.

This is not the first time that Northrop has expressed interest in the UK as a customer for the Triton, and it is eagerly awaiting the review in the expectation that it will address the shortfall in maritime surveillance.

“SDSR is ongoing and we’re watching that very closely. We’re hoping that they’ll get a maritime patrol aircraft (MPA) out of it,” says Drew Flood, Triton programme executive for Europe at Northrop.

The UK appears to favour the acquisition of the manned Boeing P-8 Poseidon aircraft, and Northrop hopes that it will follow the lead of the US Navy and Royal Australian Air Force in supplementing that platform with the MQ-4C.

“We’re sitting and waiting,” Flood says, although he notes a purchase of the Triton could be deferred until the end of the decade. 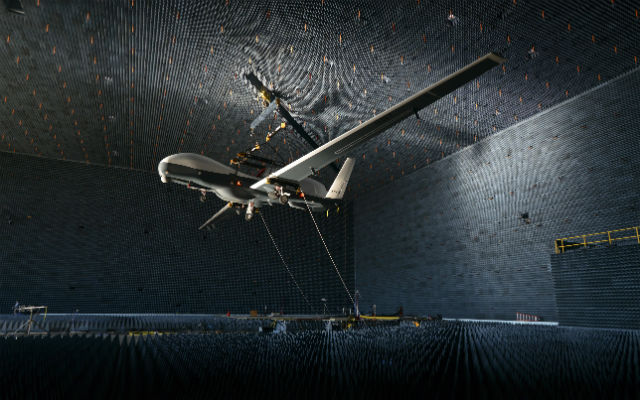 Across the North Sea, Norway is also undertaking a strategic review – expected to be released around the same time as the UK’s SDSR – with Oslo reportedly keen on an entirely unmanned fleet to meet its maritime patrol needs.

“Norway is a little bit different in that it has a large maritime area of interest and exclusive economic zone,” Flood says. “Given the size of the geography, we believe that a HALE capability would be a great fit for that.”

Government-to-government talks on any acquisition have yet to commence, but Flood says that European industry could play a significant part, should Triton eventually be acquired.

NATO has bought the RQ-4 Global Hawk – from which Triton is derived – from Northrop Grumman, and industrial partnerships with European companies such as Selex and Kongsberg are already in place for this, which could be extended to also cover Triton.

“I think we have a good start to this industrial process,” Flood says. Germany has also expressed an interest in Triton to fulfil its signals intelligence capability gap, following cancellation of the RQ-4-derived EuroHawk programme.

Flood declines to comment on any potential developments in Germany but says: “Triton is the capability that we think will meet [Germany’s] needs.”