A proposed EASA unmanned air vehicle regulatory update has suggested that the operation of UAVs in civil airspace be proportionate to the risk each poses, so as to stimulate the market while ensuring safe integration with manned aircraft.

It claims in a new proposed policy document that the regulations surrounding the integration of UAVs “must be an enabler and not an impediment”, so it is important to balance the progress of the industry with public concerns over the use of UAVs in open airspace.

“The regulatory framework should not simply transpose the system put in place for manned aviation but must therefore be proportionate, progressive, risk-based, and the rules must express objectives that will be complemented by industry standards,” EASA says in its Concept of Operations for Drones regulation change proposal that was released in March.

In order to balance progression with public concerns, EASA has suggested that UAV operations be divided into three categories that are proportionate to risk and the operations that each will undertake, taking into consideration the wide variety of types and operations of UAVs that are now available. The three categories are: open, specific and certificated.

Those categorised as open would not require authorisation from an aviation authority, but would be entrusted to stay within defined boundaries. Specific operations would require a risk assessment that would result in an Operations Authorisation being granted to allow flight within certain limitations appropriate for the operations.

Certificated operations, meanwhile, are deemed those with the highest level of risk, and are being considered as having a level of risk “akin to normal manned aviation”, so would require multiple certificates as would be required for manned aviation, as well as some more UAV-specific ones. 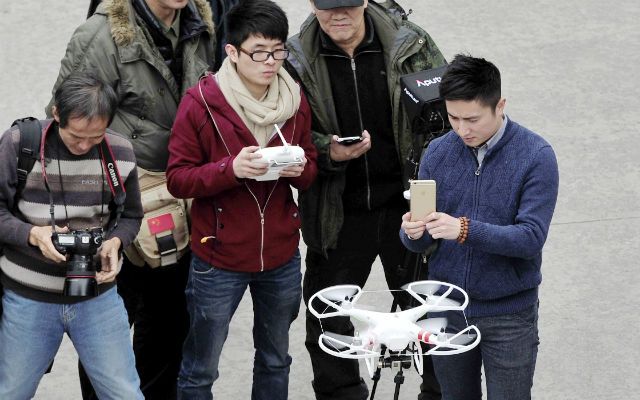 Furthermore, the new regulatory framework would “render obsolete the limit of 150kg included in Annex II of the EASA Founding Regulation separating drones regulated nationally and those regulated at European level”. Prior to this change, national aviation authorities were responsible for mandating laws surrounding the use of UAVs below this weight category within their own airspaces.

“The planning will reflect a progressive introduction in the non-segregated airspace,” the paper notes. A stakeholders’ consultation on a concrete regulatory proposal for the open category will be published for consultation in June 2015, while a draft regulatory framework is to be presented to the European Commission by the end of 2015. This will be followed by a final regulatory proposal for the open category to be presented to the Commission in December 2015.

“These actions are considered priority actions for 2015, as they address the foundation of the regulations for drones and the pressing need to harmonise operations of small drones in Europe,” EASA notes. “This harmonisation has been identified as a key priority by operators of small drones.”