While the airline currently transports spares primarily by road, a vertical take-off and landing UAV could speed up the process and help to ensure aircraft are back flying as soon as possible.

The compensation that the carrier has to pay to customers if delays exceed 3h – as mandated by the EU – makes the speed of delivery of parts and the assessment of aircraft very appealing, EasyJet head of engineering Ian Davies told the AUVSI Unmanned Systems Europe conference in Brussels today.

"We need to be able to transport things using a 200kg [440lb] payload," says Davies, noting that UAVs are traceable and can fly encrypted missions.

Spares warehouses are typically situated near airports, so it would be a simple "A to B" flight, he adds. 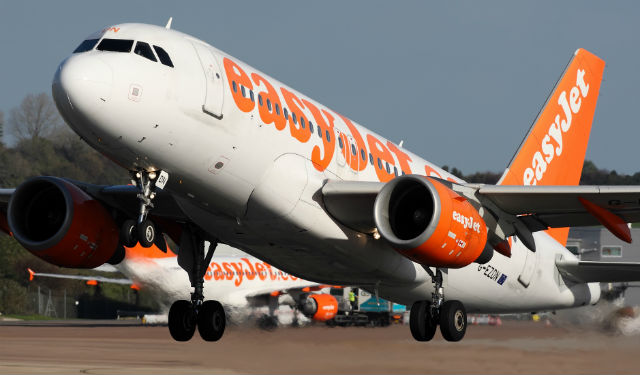 A light-aircraft-sized tiltrotor with a larger payload could also carry out hub-to-hub flights across country or even to neighbouring countries, providing "instant availability for moving parts".

Although a 200kg payload would be ideal, aircraft with 50kg capacity could be more readily available and a shorter-term option, says Davies.

Regarding cross-channel operations – for example from the UK to Germany – progress from the European regulators to develop general principles for UAV flight is needed, Davies says, as it would be beneficial to a company like EasyJet.

The airline is also exploring the use of UAVs to assess jets for damage, and would look to incorporate ultra-HD, video, and laser payloads onto an unmanned aircraft. It has already tested a one-laser system but hopes to ramp this up to an eight-strong version that could measure the aircraft down to three microns.

Flightglobal's Ascend Fleets database shows EasyJet as operating 135 Airbus A319 narrowbodies and 66 A320s. The Luton-based carrier has 166 more A320s on order, including 100 Neos.