The European Maritime Safety Agency (EMSA) has released a request for proposals (RfP) to contract unmanned air vehicle services for coastal monitoring across the European Union.

Three classes of UAV are being sought, with bids to be placed by 17 October ahead of a contract award in the third quarter of 2016, the 10 August tender document indicates.

The EMSA is looking for varying capabilities: a large, long-endurance, multi-sensor UAV; a medium, long-endurance system below 150kg and a short-range, vertical take-off and landing system that can operate from both land and ships.

Contracts are for two-year periods with one-year options, and are to provide remotely-piloted air systems (RPAS) for maritime surveillance of fisheries, vessel monitoring and detection, and border control missions.

“The provision of RPAS services for maritime surveillance will further increase maritime situational awareness of member states by enhancing the maritime picture with additional sources of data,” the RfP says.

“RPAS services will be offered to cover any coastguard task, budget permitting. This new service will facilitate member states with carrying out their coastguard tasks at national or EU level.”

The EU passed an article on coastguard responsibilities in July, specifying that the EMSA – in co-operation with the European Border and Coast Guard Agency and the European Fisheries Control Agency – would support national authorities carrying out coastguard missions by providing surveillance and communication services.

These services, it says, would be “based on state-of-the-art technology, including space-based and ground infrastructure and sensors mounted on any kind of platform”.

EMSA notes that unmanned technology has a “multipurpose character” and can be used for multiple tasks, and the systems will be shared across the different agencies. 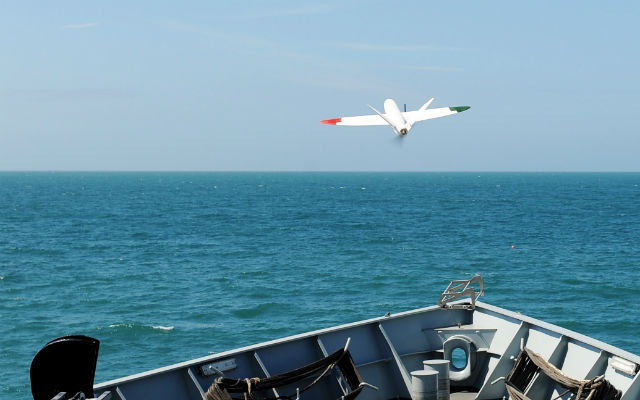 The Royal Navy trialling UAVs from a vessel

Meanwhile, the Frontex EU border control agency has also released a contract notice for a trial of UAVs for maritime surveillance; the agency is looking to test UAVs over the Mediterranean Sea during a three-month trial in the third quarter of 2016.

“The services offered shall include the provision of an RPAS platform, payload, communication equipment, and all the necessary experts managing the system and providing operational support,” the tender says.

It adds that the competition stems from Frontex's need to complement the surveillance assets it already has for joint operations, and will simultaneously enable the assessment of UAVs for maritime surveillance on coast guard missions.