Israel Aerospace Industries (IAI) is in the process of developing a smaller version of its Harop loitering munition, which the manufacturer expects to unveil in 2015.

One-fifth of the size of the current system, the new munition will appeal to operators that require a less expensive system for shorter endurance missions.

“What we are thinking about is downsizing for smaller applications,” a company representative told Flightglobal at the Euronaval exhibition in Paris. “We see a requirement for even more surgical precision.”

A full electro-optical/infrared stabilised payload developed by the company's Tamam division is fitted to the Harop, and IAI would consider using the MiniPOP 8in or 4in MicroPOP observation payload for a smaller variant of the munition.

The new munition will be cheaper and more tactical, with a 3-4kg warhead, while the full-sized system carries a warhead of 15kg (33lb). 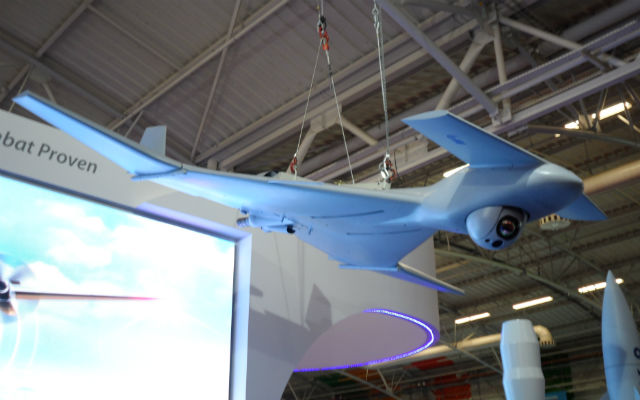 The 6h endurance of the full-size Harop would be lowered to 2-3h, which would enable the unit to track a small patrol boat.

“This is a way of doing for a long period of time what is done with a missile,” the representative says. “On the modern battlefield targets aren’t as accommodating as they used to be. They are looking for targets that are highly time critical or are playing hide-and-seek.”

The canister-launched Harop can be deployed from land or sea and operated from a control system aboard a ship.