FARNBOROUGH: Raytheon Coyote to enter next stage of swarming tests

Raytheon is planning ship-based swarm testing of its Coyote unmanned air vehicle in the coming weeks, under a research programme funded by the US Office of Naval Research (ONR).

Under the ONR’s Locust programme, 30 Coyotes demonstrated a swarm flight during a June test. This will be replicated at sea during a test in the Gulf of Mexico at the end of July.

During the recent demonstration, 25 aircraft were re-used examples and five were new-build. The testing was carried out at the Yuma proving ground in Arizona, and will be followed by a ship-based assessment under the observation of the US Navy.

“That will complete the first phase of the swarming capability development,” John Hobday, business development lead for Raytheon’s UAV division, tells Flight Daily News. “Then it will move onto more complicated autonomy.” 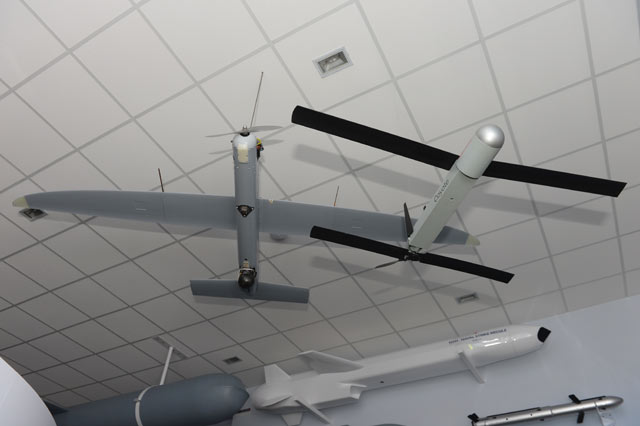 The expendable UAV is “one that is really taking off for us,” says Hobday, with a number of testing opportunities that are underway.

Coyote is currently provided to the National Oceanic and Atmospheric Administration for hurricane monitoring, for which it is launched from a Lockheed Martin P-3 Orion.

Raytheon has also tested the type from a Lockheed C-130 Hercules, and is eyeing operators of the two types that might be interested in launching a UAV – or a swarm of them – from their aircraft.

Work is also underway with a surrogate aircraft to assess deploying Coyote from the Boeing P-8 Poseidon maritime patrol aircraft; operated by the US Navy. Testing is also planned using the Bell Boeing V-22 tiltrotor.

Another avenue would be to drop Coyote from another UAV, and Raytheon is looking at testing it from a General Atomics Aeronautical Systems Predator-sized platform. “There are a series of aircraft that we’re considering for testing,” Hobday adds.

“We are constantly discussing future CONOPS [concepts of operations] for different aircraft with the [US] government,” he says. “We are getting a lot of feelers right now for Coyote, and we are preparing for that.”