The acquisition was announced on 2 October by FLIR Systems.

Founded in 2008 as CyPhy Works, Aria developed and had sold its Persistent Aerial Reconnaissance and Communications tethered drone to the US Army. The company was started by iRobot co-founder Helen Greiner. It ceased operations in March 2019 for undisclosed reasons. 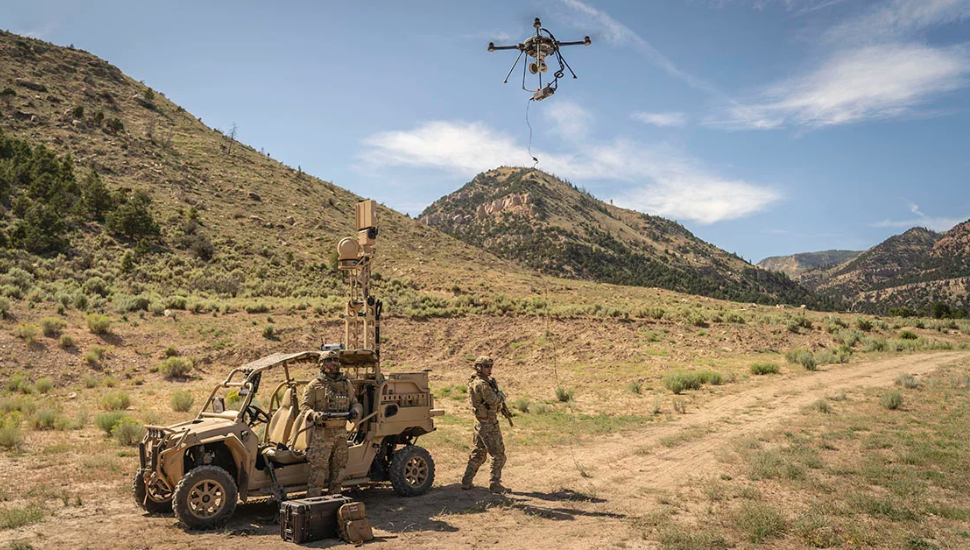 Electrical tethers allow small UAVs to fly for much longer periods – sometimes days or weeks at a time – as the vehicles do not need to rely on a battery. That enables the drones to provide persistent surveillance, a capability which is often useful for austere military bases, where there isn’t time or resources to deploy intelligence, surveillance and reconnaissance (ISR) aerostats or long-endurance UAVs.

Tethers also allow UAVs another channel for video, flight control and navigation data to pass. That can be a safer alternative to broadcasting that data over the open airwaves where an adversary could jam communications or even spoof a GPS signal, causing the UAV to crash.

Founded in 1978 as a developer and manufacturer of forward-looking infrared (FLIR) cameras, FLIR Systems has been vertically integrating recently, seeking out UAV companies, as well as one unmanned ground vehicle company. The firm intends to sell the various remote control vehicles as platforms for its camera systems.

“Tethered [UAV] systems are becoming an increasingly valuable tool for force protection, border security, and critical infrastructure protection,” says David Ray, president of FLIR System’s government and defence business. “Aria’s innovative technology and IP assets will enable us to enhance current capabilities, and advance the range of solutions we can deliver to customers in this growing market segment.”

For its part, Lockheed Martin also sees tethered drones as a growing market. The company this year began offering its ISR quadcopter, the Indago, with a tethered option. In May 2019, it said 80% of the product’s future sales would likely include the tethered power option.