France has signed a contract with a ceiling value of $89 million to buy an undisclosed number of FLIR Systems' Black Hornet 3 micro unmanned air vehicles for its armed forces.

The contract will be managed and executed by FLIR in Hvalstad, Norway, the manufacturer says. About 30 countries around the world operate variants of the Black Hornet, including a number of NATO allies.

The tiny drone is intended for squad-sized units for tactical-level intelligence, reconnaissance and surveillance. It is equipped with electro-optical and infrared sensors, providing live video and still image feeds.

“Troops can hold a safe position while the stealthy Black Hornet [personal reconnaissance system] takes on the mission of quietly looking for threats around corners, overhead, or beyond the next ridge,” says FLIR. “With a more comprehensive lay of the land, Black Hornet lets soldiers clear access with greater confidence, manoeuvre with speed, and gain the high ground.” 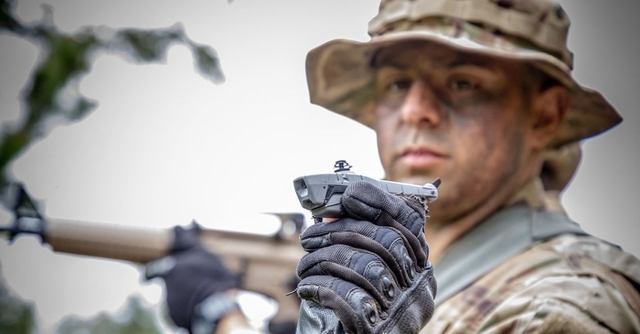 The UAV was originally developed by Prox Dynamics of Norway, a company acquired for $134 million by FLIR of Wilsonville, Oregon in 2016.

FLIR says that the Black Hornet, including its ground control station, weighs 1.3kg (2.9lb) and is small enough for a dismounted soldier to carry on a utility belt. The company also claims non-specialist soldiers can fly the single-rotor drone with minimal training.

The pocket-sized drone is advertised as having low visual and audible signatures, making it ideal for covert operations.