“The wind tunnel testing helps us to accurately predict the aircraft’s suitability for carrier operations,” said David Alexander, president of GA-ASI Aircraft Systems. “The test results allow us to verify the aerodynamic characteristics of the Unmanned Aerial Vehicle (UAV). These tests are critical to the validation of the system’s up and away mission performance and will subsequently lower technical performance risk for the Navy customer.”

GA-ASI also previously carried out a high-speed test at NASA Ames’ 11-foot transonic wind tunnel, the company said. Results from that test established the aerodynamic characteristics needed to validate the mission performance of the vehicle. 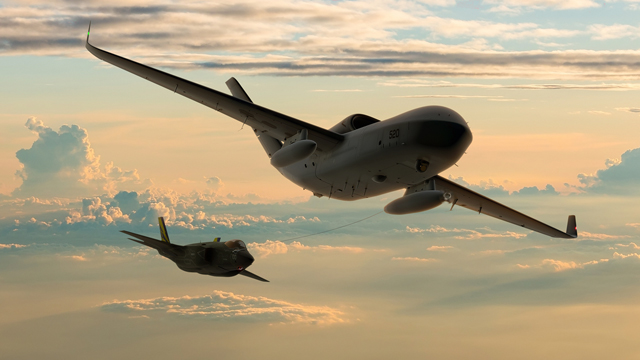 The firm said it plans additional tests during the engineering & manufacturing development (EMD) phase, such as flowing inlet, powered exhaust and ice shape tests to further validate the design. EMD wind tunnel tests will conclude with a high-speed test to evaluate the separation of the aerial refueling store and external fuel tank.

The company announced 23 July that it concluded performance testing of its MQ-25 arresting hook hold down damper. And, on 5 July, it announced that it was using an integrated fuel structure in its proposed design; testing the wing box until failure via wing bending in November 2017.

GA ASI has waged a more public campaign of milestone and test announcements compared to its rivals, Boeing and Lockheed, for the US Navy’s MQ-25 UAV tanker programme. The USN is set to pick a winner this September.