General Atomics Aeronautical Systems has confirmed the US Army’s purchase of 19 “Improved Gray Eagle” UAVs following the service’s disclosure this week that its MQ-1C procurement has been “amended” to the extended-range version.

The army announced a $121 million contract modification in June for 19 General Atomics MQ-1C aircraft and the same number of “satellite communications air data terminals” for delivery in September 2018, and it appears those units are being delivered in the Improved Gray Eagle (IGE) configuration.

Speaking at an army conference in Washington this week, UAS project manager Col Courtney Cote says the programme adjustment was made in July and those extended-range MQ-1Cs will be delivered to the army’s intelligence and special forces groups initially. 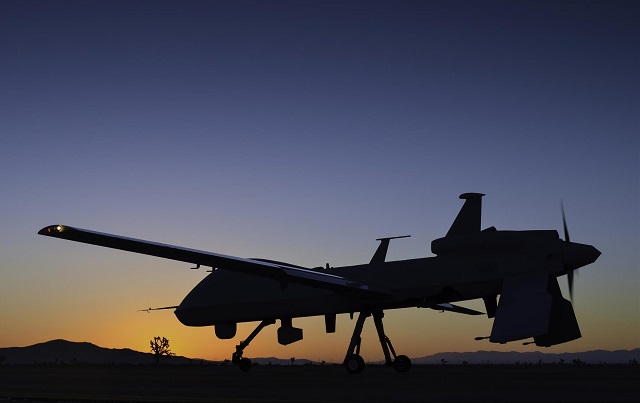 The switch secures General Atomics’ first customer for the enhanced MQ-1C, which has been developed internally, with one demonstrator built so far. A spokeswoman for the company said that first demonstrator was lost “in a flight training incident earlier this year,” and the second demonstrator will be ready next summer. The first delivery to the Army is planned for October 2017.

“With endurance at nearly 40 hours, IGE will exceed the Army’s requirement for 14 hours on station at 1,000km for all mission types, including reconnaissance, surveillance, communications relay, electronic warfare, and attack,” the company says. “IGE easily can be fielded with baseline Gray Eagle units because there are limited differences in operating, maintaining, and training between the two aircraft types.”

The army has fielded nine of an eventual 15 Gray Eagle companies, and is exploring other weapon options to supplement the Lockheed Martin Hellfire missile. 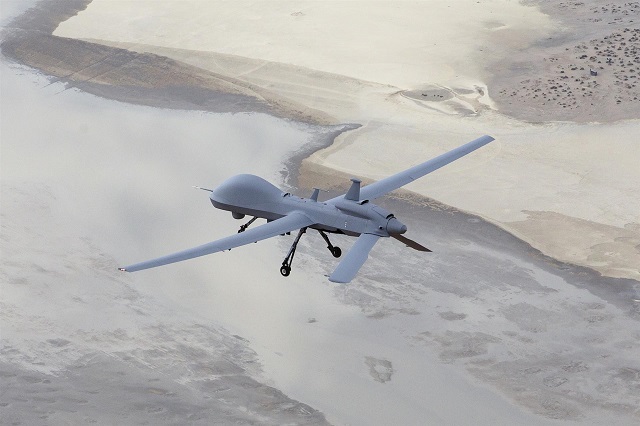