A Hungarian governmental organisation has urged unmanned air vehicle legislators to consider the implications that the use of the technology could have on data protection, and consider the rights of the public with regards to control over their personal data.

Hungary’s national authority for data protection and freedom of information (NAIH) has issued a paper informing lawmakers – currently in the process of drafting UAV laws for the nation – that in spite of the potential benefits that commercial and private UAVs would have, data protection needs to be considered and a specific law relating to this needs to be established.

“The widespread proliferation of drones can be expected,” the paper says, “mainly because it is an easy versatile accessory equipped with cost-effective solutions [for] commercial users”.

The NAIH is recommending that the “unborn legislation” relating to UAVs consider the “evolving domestic and international scientific beliefs and public image of the new technology” within it, the paper says.

“In Hungary, for the time being, the control of drones for civilian use is under preparation,” the paper says. “The authority is of the view that this issue needs to be regulated at the legal level, which will form part of the law on the use of drones – especially for private use – for data protection provisions.” 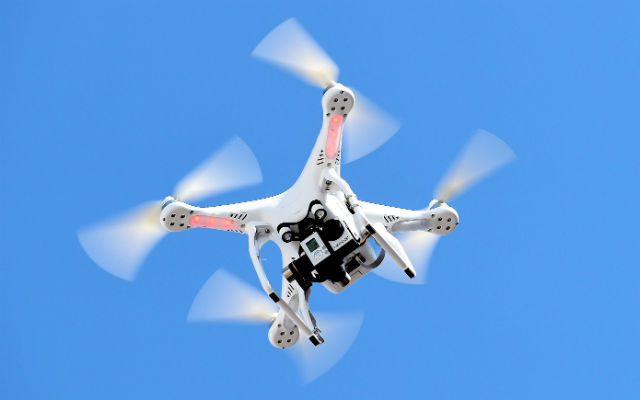 Given the nature of the technology and the fact that UAVs are capable of collecting personal data on members of the public, privacy issues arise that differ to other data protection issues that affect the public, NAIH says.

“The supreme difference with previous data management is that even in normal use, [there] can be a very strong penetration into the private sphere of individuals, since the device is capable of indiscriminately collecting data on everything,” it continues.

Although helicopters and fixed security cameras can survey the public, UAVs differ because they can, the paper says, follow people without their permission or acknowledgement of their presence.

Elsewhere, online NAIH literature claims that use of data collected by law enforcement agencies using UAVs should be limited to only the prevention, investigation and prosecution of crimes, followed by the immediate deletion of the data, and should only be used when other data sources are unavailable.

Only data required for the purpose of the investigation can be processed, it adds, and for processing sensitive data, special authorisation from a prosecutor or judge should be mandatory.

Hungary is considering the rights of the subjects that are being monitored, including that “within reasonable time” the individual should have free access to data processed on him/her by the data controller and/or the data processor.

Rights to rectification, deletion and blocking should also be guaranteed, and these rights would be restricted only according to a national security exception, and only in a rare cases.