A number of armed forces witnessed the trials, during which the system disrupted the flight of different types of UAV.

According to the company, the system is already operational, and more undisclosed customers are waiting for deliveries.

Sources in the ELTA division of IAI say the demand stems mainly from the threat of UAVs carrying explosives; Drone Guard is capable of detecting a small UAV from a distance of 1.6nm (3km). 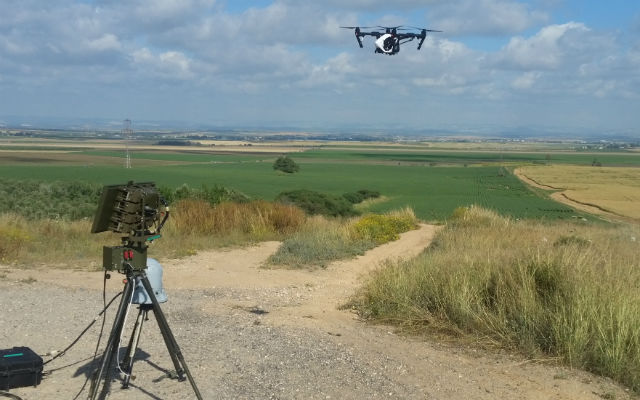 After detection by radar the threat is identified by an optical sensor and the disruption unit is activated. The UAV is then either held at a fixed area until its fuel or battery run out, or it is sent back to its launch point.

To meet this emerging challenge, ELTA has developed a special system that integrates a 3D radar and electro-optical (EO) sensors for detection and identification, as well as dedicated electronic attack jamming systems for disrupting the flight.

To detect low-signature, low-level and low-speed airborne targets, ELTA has adapted its 3D radars, which include short (5nm), medium (8nm) and long (11nm) ranges, with special UAV detection and tracking algorithms, as well as adapting them with EO sensors for visual identification of the target.