The Indian-developed Rustom II unmanned air vehicle has carried out its maiden flight at a specialised test range in the south of the country.

Development of the UAV has been led by the Aeronautical Development Establishment (ADE), which is part of India’s Defence Research and Development Organisation (DRDO). Performed on 16 November, the debut flight was intended to prove the aircraft's take-off, banking, level flight and landing performance. The activity was carried out at the Aeronautical Test Range – a newly developed facility for testing UAVs, according to the DRDO.

Touted as a “new era” for India in its development of UAVs, the programme is expected to result in a medium-altitude, long-endurance unmanned system with an endurance of 24h. The DRDO has renamed it the Tapas 201. 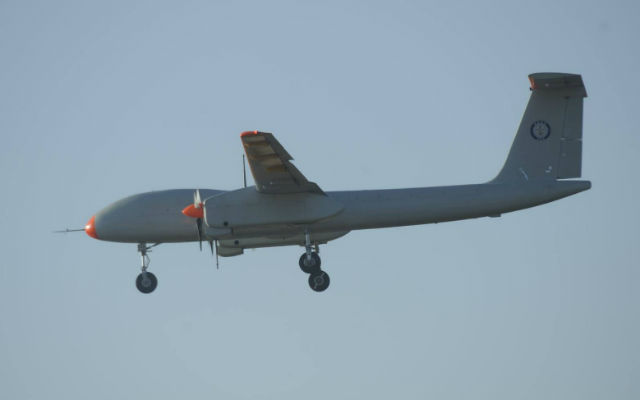 The Tapas 201 was piloted by military personnel during the flight, and is described as the first prototype UAV to have undergone certification and qualification for its first flight from both the Center for Military Airworthiness & Certification and the Directorate General of Aeronautical Quality Assurance.

Once ready for operational use, the Tapas 201 is expected to be employed by all three Indian services. It will be able to carry a variety of surveillance payloads, according to the DRDO, with one of its divisions having developed the air vehicle’s data link.

Further trials will be conducted before the UAV enters a user validation trial phase, the DRDO says.

The milestone flight was conducted five years after the predecessor Rustom I made a 12min debut from Hosur, near Bengaluru. Also developed by the ADE, the tactical UAV had a planned endurance of 12-15h.

India is striving to bolster its UAV inventory through a mix of acquisitions, in-country developments with the help of international partners, and indigenous designs such as the Rustom II. New Delhi's military largely operates Israeli-developed UAVs at present, including the Israel Aerospace Industries Heron and Searcher systems.