The manufacturer is touting the UAV as a primarily commercial product that is free of the International Traffic in Arms Regulations that govern its other aircraft, such as the ScanEagle2 and Integrator. The company believes that lighter regulations will speed up the sales process of the new product.

"It enables us as, a commercial business, to access the global market more easily," says Mark Bauman, vice-president of Insitu Commercial. "In order for us to remain relevant – remain effective – in the commercial space, we've got to be able to deliver a timely solution to our customers." 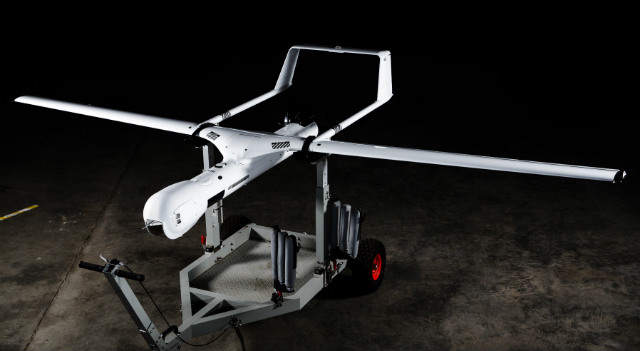 Insitu believes the ScanEagle3 could also sell well with foreign militaries, but is focused first on marketing the drone commercially, Bauman adds.

The new UAV can carry up to 9.1kg (20lb) – more than twice as much as the original ScanEagle – and up to three payloads simultaneously, which Insitu says enables it to collect and analyse more data in a single flight. It has a 170W onboard power capacity for onboard sensors.

Insitu notes that the new product is also compatible with prior ScanEagle command-and-control systems, such as INEXA Control and ICOMC2. It can also be used with the company's existing launch and recovery equipment. 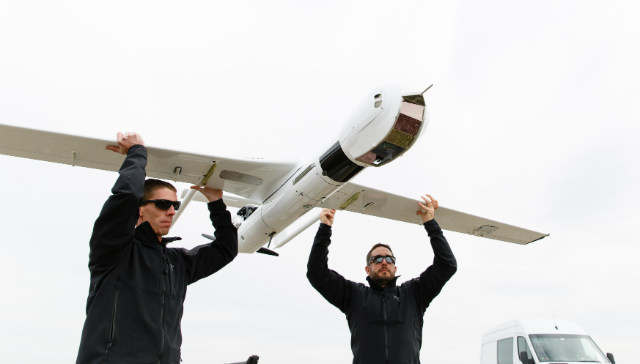 The ScanEagle3 has a 4m (13.1ft) wingspan and a gross take-off weight of 36.3kg. Insitu is marketing the aircraft as a medium-sized UAV, between the dimensions of the smaller ScanEagle2 and the larger Integrator. Flight endurance is cited as up to 18h, operating at an altitude ceiling of 20,000ft. The aircraft's internal combustion engine runs on JP-5 or JP-8 heavy fuel.

Other features of the ScanEagle3 include adjustable wings, which can be moved to alter the aircraft's centre of gravity to help balance it when payloads are swapped in and out in the field.

The UAV is designed to survey industrial properties such as oil, gas and mining facilities, as well as inspect disaster areas for the insurance industry.

Insitu plans to begin using the ScanEagle3 in its commercial services by the end of this year, and to sell the aircraft by the second quarter of 2019.