Further raising tensions in the Middle East, the government of Iran claims to have shot down a Northrop Grumman RQ-4 Global Hawk unmanned air vehicle (UAV) over Kuh Mubarak, a coastal area of Iran at the entrance to the Strait of Hormuz.

The Islamic Revolutionary Guard Corps said on its news website that it has shot down an American spy drone that had violated Iranian airspace. The Islamic Republic News Agency posted a grainy picture of what appears to be a burning UAV falling out of the sky with a wing blown off. 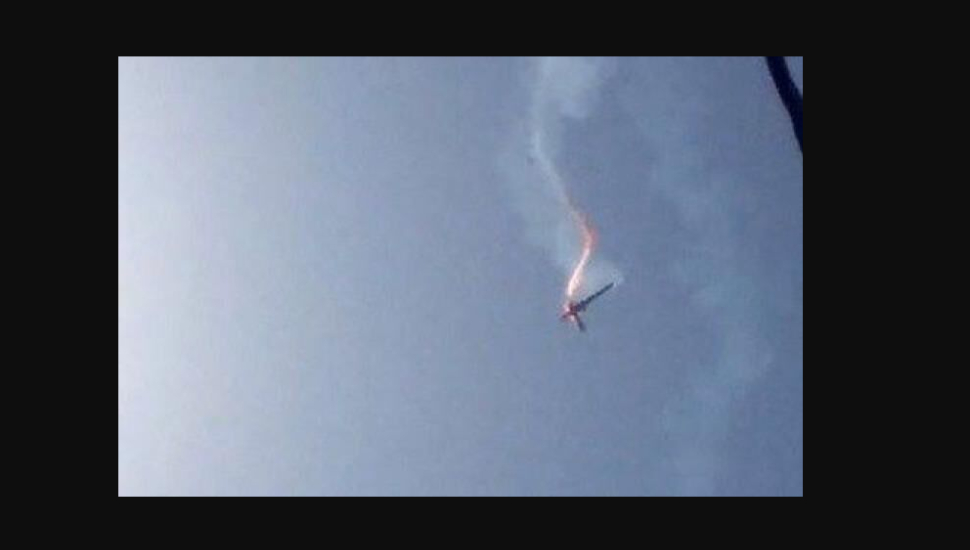 Some media reports said that the UAV was a Northrop Grumman MQ-4C Triton, the US Navy’s (USN) variant of the RQ-4 Global Hawk. FlightGlobal was unable to confirm Iran’s claim or the aircraft variant as multiple calls to US Central Command went on unanswered.

The MQ-4C Triton is able to provide long-endurance maritime intelligence, surveillance and reconnaissance over a radius of 2,000nm (3,704mi) for the USN. It has a max operating altitude of 56,000ft and a flight endurance of more than 24h.

The aircraft carries an electro-optical/infrared camera and active electronically steered array (AESA) radar that can be used for long-range detection and classification of maritime targets.

Keeping an eye on shipping traffic in and out of the Strait of Hormuz has been a high priority for the USN after two tankers where attacked in the narrow waterway on 13 June. The USA blamed the attacks on Iran, but Tehran denies involvement.