Minister of Defence Khalid al-Obeidi observed the UAV take-off on 10 October on its first combat mission against Islamic State terrorists in the Anbar region of Iraq, the Iraqi Ministry of Defence says. The video confirms Baghdad’s purchase of the type, which had been the centre of speculation since images of it appeared online at the beginning of the year.

The army aviation division of the Iraqi forces has acquired the armed variant of the UAV – the CH-4B, while it also comes in a reconnaissance-only variant, the CH-4A. 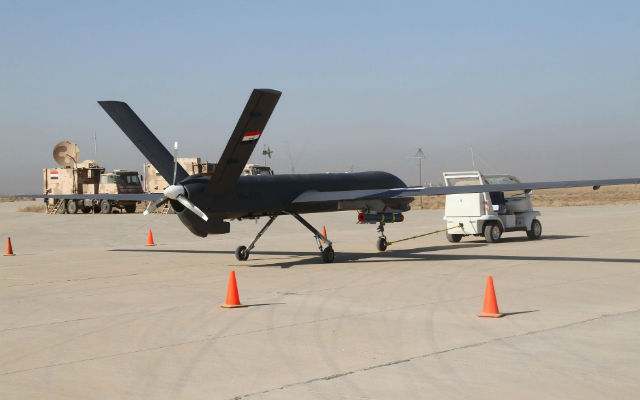 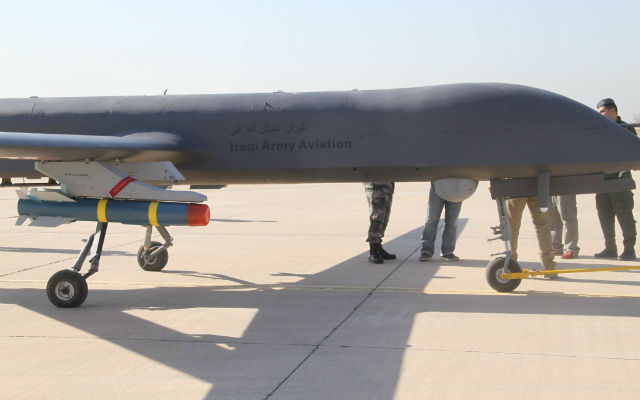 As with many Chinese-made medium-altitude, long-endurance UAVs, the CH-4 resembles the General Atomics Aeronautical Systems family of Predator unmanned aircraft.

At Airshow China in Zhuhai in 2014, a company brochure said the CH-4 series is suitable for high-altitude missions over land and sea, and has a maximum take-off weight of 1,260kg (2,770lb) and payload capacity of 115kg. Endurance for the CH-4 series is claimed to be up to 30h.

In August this year, the new CH-5 variant of the Rainbow family of UAVs was unveiled by CASC, which resembles the CH-4A/B.

It reportedly has a wingspan of 20m (65.6ft) and can carry weapons, and is visually similar to the General Atomics MQ-9 Reaper which has a similar wingspan.

Images of the CH-4 in the CASC brochures show that it is similar in appearance to the CH-5, but without the ventral fin.