The Israeli air force (IAF) shot down a Syrian air force unmanned air vehicle (UAV) when it entered Israeli airspace on 31 August, according to local sources.

According to foreign sources, the IAF shot down an Iranian-made Yasir UAV with a Raytheon Patriot surface-to-air missile after it crossed the border into Israeli territory. They also allege the aircraft was being used to gather data on rebel forces in Syria.

The news follows an incident on 14 July in which an IAF Patriot shot down a small UAV launched by Hamas from the Gaza Strip. 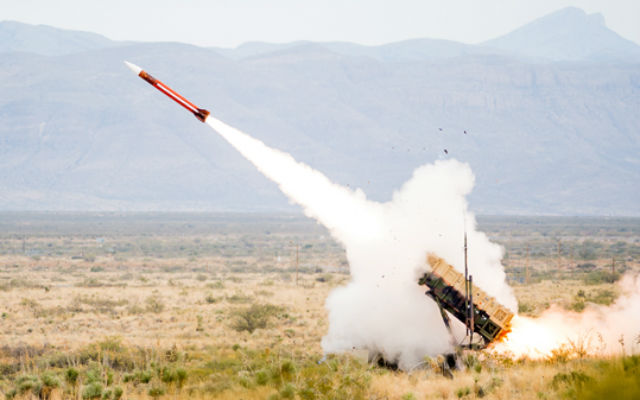 Sources say that UAV may have been launched to check the Israeli forces’ reaction time, while others claim Hamas has been concentrating its efforts on deploying armed UAVs in recent months.

In response to the threat, the IAF is adapting some of its systems and adding others to be ready for a diversified UAV attack on targets inside Israel in future military confrontations.

UAVs flew into Israeli airspace from Lebanon on at least two occasions in 2012 and 2013, reportedly on reconnaissance missions and to probe air defences, but were subsequently shot down by IAF combat fighters.

Israeli sources say the threat may range from radio-controlled UAVs carrying a small explosive to some with payloads of hundreds of kilograms.

Israel, according to sources, believes Hezbollah in Lebanon has acquired some larger Iranian-made UAVs.

The nation’s defensive armaments include systems that can detect small UAVs before they cross the border and shoot them down immediately after detection.

While the main UAV threat is from Lebanon, the IAF has taken into account a similar threat from the Gaza Strip, and systems have been redeployed to intercept UAVs.