The Japanese government is to begin enforcing new regulations surrounding the use of unmanned air vehicles in national airspace in December, with its action having been prompted by a threat to its prime minister last April.

A DJI Phantom UAV (similar to those pictured below) carrying radiation landed on the rooftop of Shinzo Abe’s residence, triggering the Japan Civil Aviation Bureau (JCAB) to come up with a set of rules. Regulations for UAV use in Japan had not existed, although such devices are routinely used in farming and volcano monitoring missions. 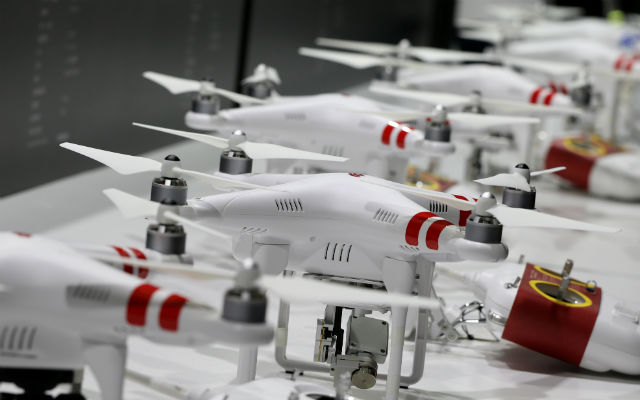 One Japanese developer of UAVs is Yamaha, which has been providing unmanned rotorcraft for agricultural applications since 1988.

“In order to expand our business, rules were necessary,” Akira Sato, a Yamaha representative and member of the Japan UAV Association (JUAV), told the Royal Aeronautical Society’s president’s conference on remotely piloted air systems (RPAS) in London. “We developed standards by ourselves 25 years ago and this worked well.

“Then in July we were very surprised when the Japanese government set up regulations for civil RPAS.”

Despite there being no established UAV regulations in Japan, the JUAV and Japan Agricultural Aviation Association had set up voluntary standards for their use that manufacturers, operators and even the government have respected up until now. Under these standards, some 2,600 UAVs and 11,000 pilots have been authorised.

Sato hopes these voluntary standards will help inform the government on the way it proceeds with its regulations, and that Yamaha and others will still be permitted to lease their systems for precision farming despite the new ruling, which says that hazardous substances cannot be carried by UAVs.

“We’ve spoken to the JCAB a lot about this, and they respect our rules,” Sato adds.