Lockheed Martin and Kaman have demonstrated to US federal government departments the firefighting capabilities of the unmanned K-Max helicopter.

During testing on 14 October at the Lucky Peak Helibase and Fire Station outside Boise, Idaho, the rotorcraft demonstrated cargo drops and single-target water drops to the US Department of the Interior (DOI) and US Forest Service, Fire and Aviation Management agency.

The DOI and forest service launched a joint unmanned-aircraft technology-demonstration strategy in December 2014 to assess the suitability of optionally piloted helicopters for use for wildfire containment, leading to the latest test effort.

“The demonstration was the latest phase of interior’s and the US forest service’s exploration of new aviation technologies to improve the safety and effectiveness of wildland firefighters,” the DOI says. 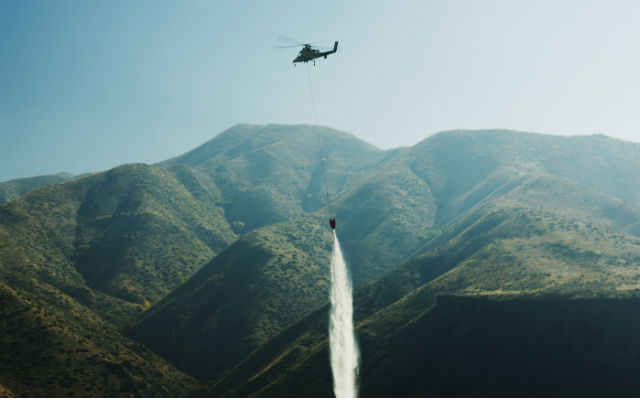 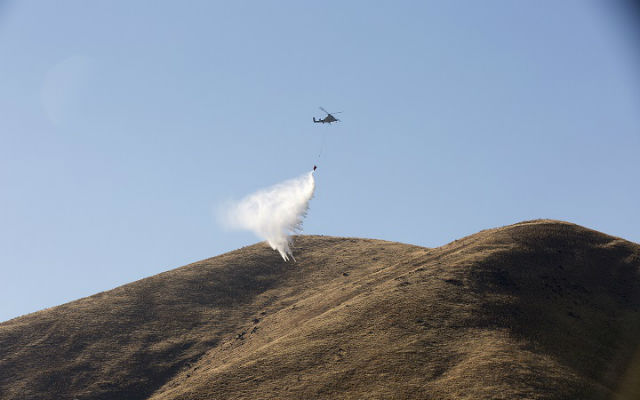 During this demonstration, Lockheed’s Indago quadrotor UAV identified hot spots and provided data to an operator who directed the unmanned K-Max helicopter to autonomously extinguish the flames. In one hour, the helicopter lifted and dropped more than 24,000lb of water on to the fire, Lockheed said.

Under the control of Heliwest Group, Indago has also been used as part of a firefighting response team in Australia, providing surveillance data to responders that could then determine where to deploy manned assets during a fire in January.