Kratos Defense cut the ribbon on a 100,000ft2 production plant in Oklahoma City, Oklahoma on 2 November in anticipation of a growing number of orders for its unmanned air vehicles.

The facility will manufacture tactical UAVs and the Firejet (MQM-178) unmanned aerial target system. The company says it plans to hire at least 350 employees in Oklahoma City over the next five years.

Kratos has won tens of millions of dollars in contracts to produce tactical jet-powered UAVs in recent years from unnamed “national security” clients. The company has not disclosed what aircraft are being ordered by these clients, but previously has touted two systems: the XQ-58A Valkyrie and UTAP-22 Mako.

In March, the US State Department approved the sale of the Mako UTAP-22 to undisclosed countries in Europe and Asia Pacific. The XQ-58A Valkyrie is being tested by the US Air Force for its “Loyal Wingman” concept, a buddy drone that would fly in concert with manned fighters such as the Lockheed Martin F-35 Lightning II. 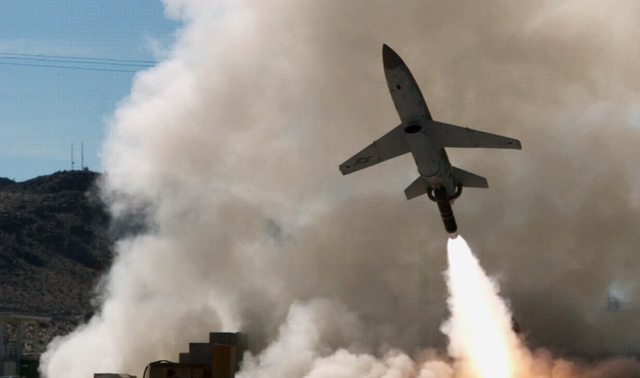 “We have been fortunate to be on a substantial growth trajectory with respect to our legacy unmanned aerial targets business and also now in our tactical [and] strike UAS business,” says Steve Fendley, president of Kratos Unmanned Systems Division. “This Oklahoma expansion accommodates our existing need to augment our California production capacity based on backlog orders today; but more importantly enables us to meet our expected increasing production quantity and aircraft type requirements which are expected to ramp significantly each year for the foreseeable future.”

Because Kratos’ unmanned jet aircraft now range from about 10ft to 30ft in length with wingspans up to about 27ft its facility layout will have to enable multiple production lines, he adds. Already running production facilities in California, the company chose to expand to Oklahoma City because of the location’s proximity to Tinker Air Force Base and other aerospace prime contractors and suppliers in the area.