Lockheed Martin successfully integrated a synthetic-aperture radar into its unmanned airship, the 74K Aerostat, to be used for surveilling activity below on the land or sea.

The Telephonics RDR-1700B’s synthetic-aperture radar provides two-dimensional images of land or water, even if there is cloud cover. The system also features inverse synthetic aperture radar, a search and rescue transponder beacon detection, automatic identification system and a weather detection mode, according to its manufacturer.

The tethered blimp is most prevalent in Afghanistan, though other aerostats manufactured by Lockheed Martin are used to surveil the US-Mexico border. The airship offers a combined flight endurance and lift capacity not possible with manned or unmanned aircraft. 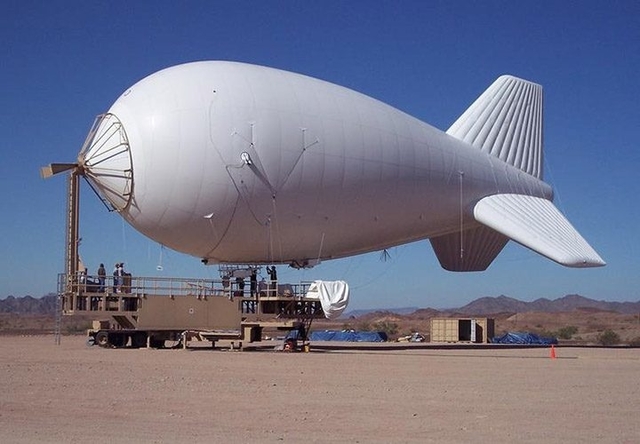 Lockheed Martin says integration of the Telephonics RDR-1700B on its 74K Aerostat follows successful integration of other radar sensors from Telephonics, Leonardo and Northrop Grumman, as well as electro-optic and infra-red cameras from L-3 Wescam.

“The integration of the Telephonics radar showcases our continued commitment to exploring the latest technologies as part of our aerostat systems," says Jerry Mamrol, vice president of navigation, surveillance and unmanned systems for Lockheed Martin. "It allows for multi-domain, modular and open architecture capabilities for faster, more cost-effective development efforts.”

Lockheed Martin says its 74K Aerostat has more than 1.6 million combat mission flight hours. The company advertises the airship as able to stay aloft for about 30 days, with an operating ceiling of about 4,921ft above the surface of the Earth. The airship is tied to a trailer on the ground with a tether that carries a power cable and fiber optics line for data transfer. It can carry a payload of about 500kg (1,102lb).