Lockheed Martin expects most Indago sales to include tether power

Lockheed Martin expects up to 80% of future Indago quadrotor sales to include purchases of the drone’s tethered power option.

The Indago previously could be flown with battery packs that offered 50min or 70min of flight endurance, but now Lockheed Martin says the unmanned air vehicle’s (UAV) endurance is virtually limitless when powered via its tether. In an experiment the company demonstrated five days of tethered flight time. 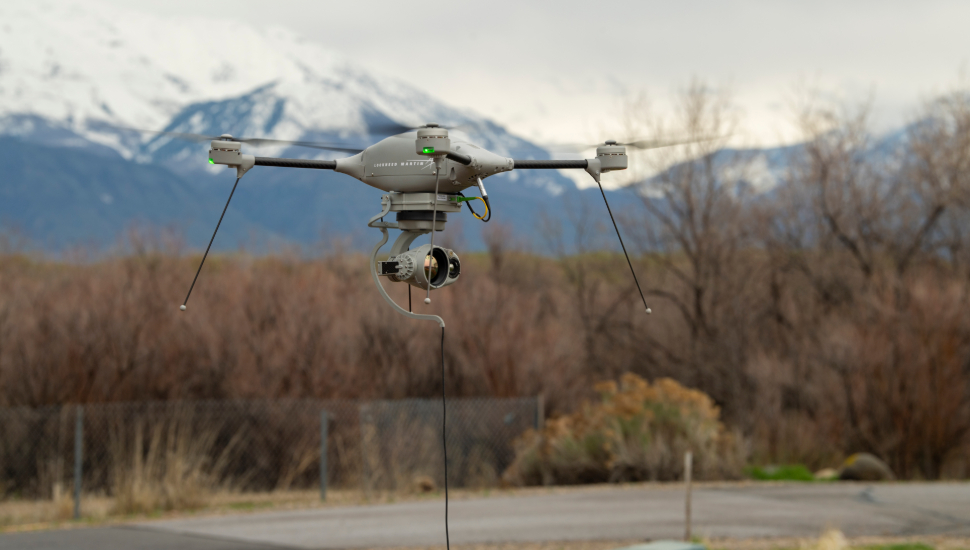 The company began publicly offering the Indago with a tethered power option on 29 April. Lockheed Martin believes the drone would be useful to special operations units, perhaps stationed at remote outposts, which need a lingering eye in the sky.

“You can unhook the tether, fly the Indago around on your mission,” says Mike Carlson, unmanned systems business development manager. “And then, when you come back to the fire control base or forward operating base, you can connect the tether and continue to do security or surveillance of a post.”

The UAV could substitute for an aerostat in some situations, he adds. The drone has a 50m (164ft) power cord.

In daytime the UAV’s electro-optical camera is capable of reading a license plate from a 1000ft away, says Carlson. The drone comes with electro-optical or infrared cameras. It has a payload of about 450g (1lb).