The nozzle, which conforms to the flying wing’s shape, shows that the Russian military aircraft manufacturer intends to make its UAV stealthier than the initial prototype that it began flying on 7 August. That aircraft’s engine exhaust tip was exposed, a design which could raise the aircraft’s radar cross section (RCS) and infrared signature.

However, the aircraft model looks similar to Western flying wing UAVs such as the Dassault Neuron, BAE Systems Taranis and Northrop Grumman X-47B. The flying wing shape should give it less radar cross section. 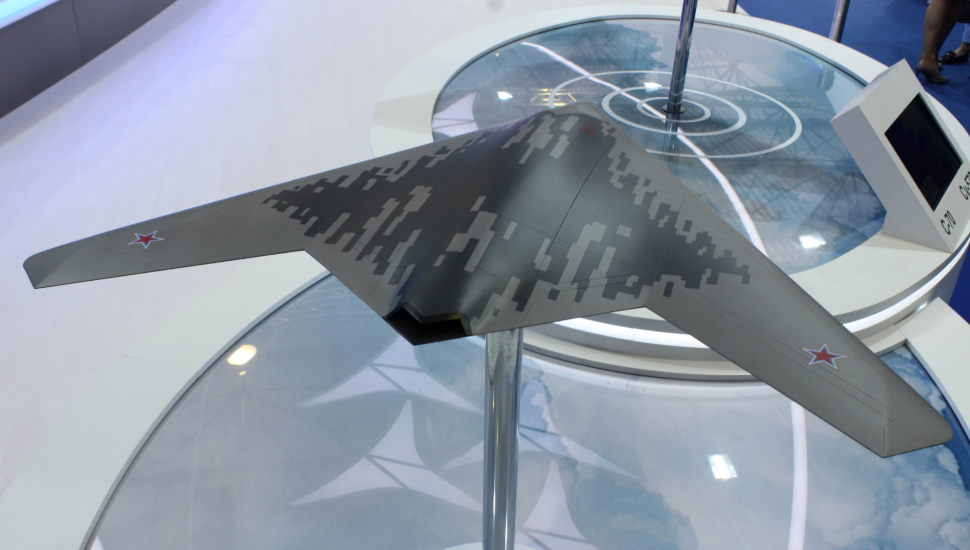 Russia has at times shown a tentative commitment to developing its own stealth technology or implementing reduced RCS principles in its designs. For instance, the country’s stealth fighter, the Sukhoi Su-57, has an angled front fuselage and internal weapons bay but exposed jet turbine exhaust tips, this mean it has a low forward-facing RCS but that its rear-facing RCS is similar to conventional fighters.

The timeline for adding an exhaust covering on the S-70 is not known as Sukhoi could not be reach for comment.