Monaco has contracted a consortium of companies to provide an anti-unmanned air vehicle system to protect the principality from malicious attacks.

To be installed later in 2016, the system will comprise the Gamekeeper radar from Aveillant coupled with JCPX Development’s counter-UAV system, which also incorporates high resolution cameras and jammers.

Development of the UAV Watch and Catch system, which had the aim of detecting and tracking unmanned vehicles weighing less than 25kg (55lb), was announced in June 2015 by partners JCPX, DSNA Services, Aveillant, Skysoft and ENAC. Monaco appears to be the first customer for the system.

Aveillant has used its experience in developing air traffic control and wind turbine radars on Gamekeeper. This uses holographic radar technology, which saturates a volume of space to continually gather 3D positioning and motion data, instead of over cross-sections as with traditional radars.

This, Aveillant says, enables Gamekeeper to detect targets down to a 0.01m² cross-section up to 5km away.

“[The] unregulated use of drones is becoming an increasing worry for a wide variety of people and organisations,” Aveillant chief executive David Crisp says. “In Gamekeeper, we have a technology that can protect a large area with high reliability. The built environment in Monaco is a challenging one for radar detection, meaning our unique holographic radar approach is very well suited to it.” 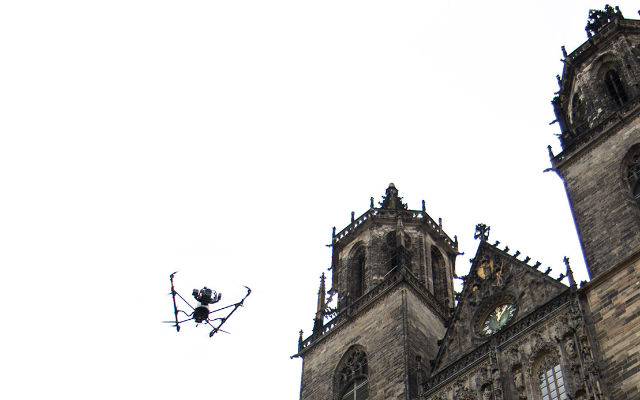 JCPX chairman Jean-Christophe Drai claims that this will be the first operational system to tackle the “huge threat” of UAVs in urban environments.

“Our system is able to detect, identify, track and jam small UAVs to guarantee the safety of people and sensitive areas,” he says.

“The Monaco project is a world first in the civil application of this technology, and should pave the way for vastly-improved security against small drones in the future.”

Other similar efforts have been made by Airbus Defence & Space, Thales, Finmeccanica, and the Blighter Surveillance Systems-led Anti-UAV Defence System consortium.