MQ-25 first flight could be one month away: US Navy

The Boeing MQ-25 Stingray unmanned in-flight refuelling tanker could conduct its first test flights within a month, says the US Navy (USN)

Speaking at the Navy League Sea-Air-Space conference in National Harbor, Maryland, Angie Knappenberger, deputy director of air warfare, says that because Boeing had already built an initial example of the unmanned air vehicle before being awarded the tanker contract in August 2018, the company has been able to test the aircraft on an accelerated schedule. 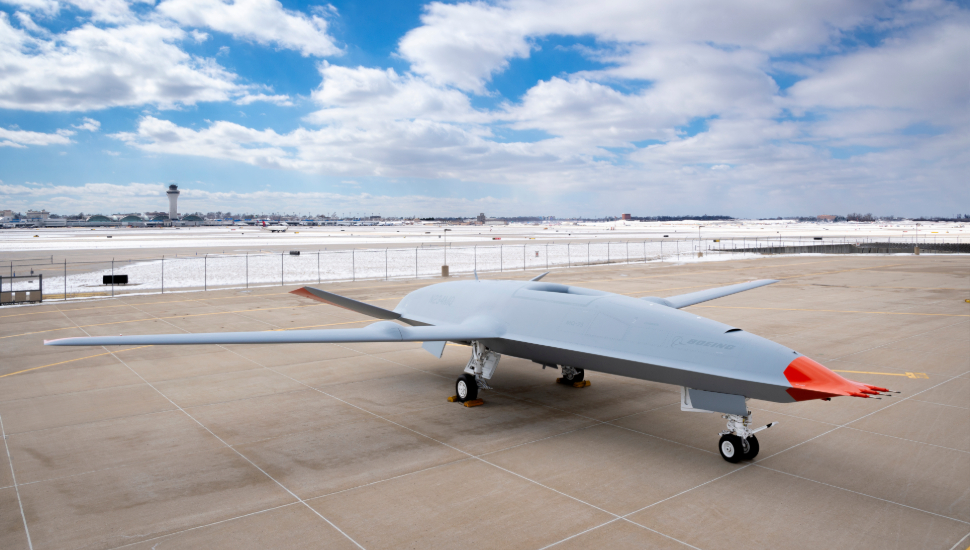 Boeing declines to say when it plans to fly the MQ-25 for the first time, other than to say that the first UAV, which is owned by the company and called T-1, will lift off before the end of 2019. On 26 April, the company moved the aircraft 37mi (60km) on a flatbed truck from the company’s manufacturing facility at Lambert International Airport in St. Louis, Missouri to MidAmerica St. Louis Airport, a regional airport connected to Scott AFB in Illinois.

Boeing has been conducting a series of ground tests on the T-1 MQ-25, but will not take first flight until it feels confident of the results of those tests and the readiness of the aircraft to fly, says Dave Bujold, Boeing MQ-25 programme manager. By moving to MidAmerica the company gains more airspace with less traffic congestion to test fly the UAV, he adds.

Boeing plans to fly the MQ-25 T-1 UAV over an 18 month testing period to ring out the flight envelope and evaluate a limited number of the subsystems, including the refueling pod. That is done so that the company will get an early start examining the aircraft’s flight characteristics while it puts the finishing touches on various subsystems. After, the company will commence testing of the US Navy’s four EMD aircraft, which will have a full set of capabilities.

“This was already a built airframe, so that’s really helping to accelerate what MQ-25 is going to do,” says Knappenberger. “It’s also going to be helping with some of the air worthiness and some of the initial testing that’s going to be happening on that platform.”

The USN wants MQ-25 to have initial operational capability by 2026 or sooner if the results of flight testing allow. The service is also upgrading four aircraft carriers with the necessary ground control stations to help accelerate fielding.